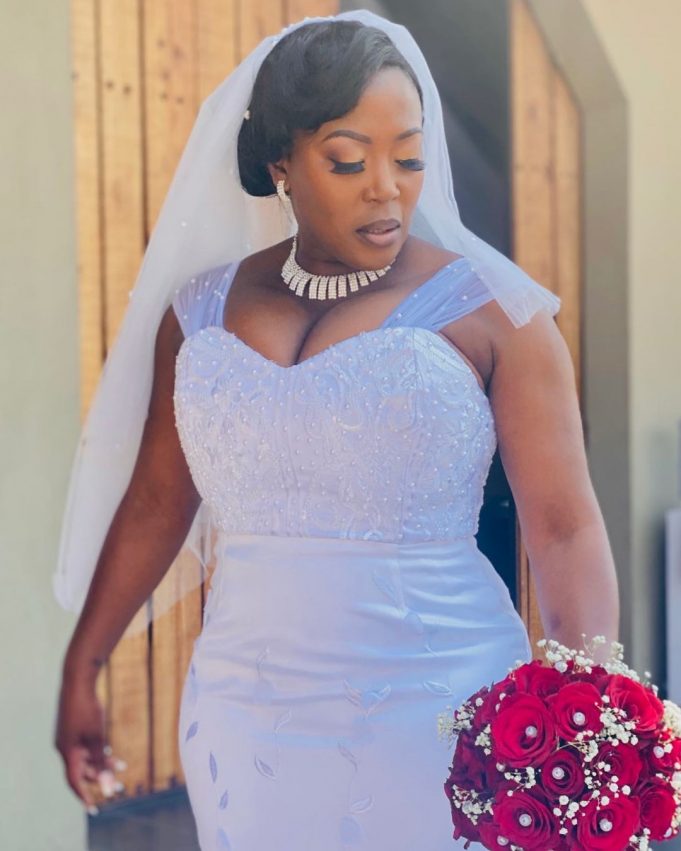 Last month Rami Chuene broke the internet with her “wedding announcement” and had people believing that she got married for the second time. The thespian saw an influx of congratulatory messages from friends and fans. But it was the celerity friends who ‘confirmed’ that they witnessed a beautiful union and that Rami was actually married.
Now, entertainment commentator Phil Mphela has made people want to take back their congratulations. Rami has been revealed as the newest addition to SABC 2’s Giyani: Land Of Blood. The picture she posted of herself donning a white wedding gown, was part of the script.

TV: Are you ready for new season of #Giyani

The first-ever scripted Xitsonga drama series since the advent of television in South Africa, Giyani Land of Blood, returns on November 1st 2021

Season 2 will air Mondays to Wednesdays at 21h30 on @SABC_2 #KgopoloReports pic.twitter.com/k15lzQlhfh

The first of it’s kind Xitsonga scripted drama series returns for a second season on November 1.
Rami Chuene has not said anything as yet about the wedding and whether or not it is scripted. But we have to give it to her, she definitely pulled a good trick on us.
She might not be remarried as yet however that does not mean she is not in a loving relationship. On social media, Rami hinted that she is in a loving relationship and is very excited, “When you’re with someone that reminds you that it’s not unusual when everything is beautiful.”

Her celebrity friends such as Dineo Langa made it seem as though she got married in real life. She commented on both her social media posts with congratulatory messages and how happy she is for Rami.
“This was truly a beautiful union to witness. I’m so so happy for you The Lamz. You looked breathtaking.” she wrote on Instagram. On Twitter, Dineo said, “It was soooooo hard keeping this in. Congratulations again Ramz, love looks beautiful on you.”
Other celebrity friends wrote this:

judithsephuma: “It was an amazing private affair, I’m glad we will have a bigger, better, huge one later I can’t wait for the world to my brother in law. Yhooooo”
thembiseete_: Congratulations Kgosigadi yaka. I’m so happy for you Ram
bongapercy: Mara Rami!! I was so sad to miss this magical day. Congratulations, and everything of the best.
ladydkhoza: Congratulations Rami I’m so happy for you
Others include Somizi Mhlongo, Mohale Motaung, Simphiwe Ngema, Ntando Duma Bohang and famed producer Phathu Makwarela.
Programme manager Jacqui Hlongwane spoke to Daily Sun about the drama filled season 2.
“Building on the success of the first season, the second one returns with more drama, intrigue, and an action-packed storyline that will have viewers glued to their screens.
“Not only can they look forward to seeing their favourite characters back, but SABC is delighted to announce that Rami will join season 2 – life will never be the same again in Giyani for sure,” Hlongane told the publication.
So there you have it people, Rami is not married!-Celebsnow

Gospel Reporter - October 19, 2021 0
Tafadzwa Shugheta and Anna Honde relationship has been one filled with ups and downs . The couple has been in the midst of adversity...