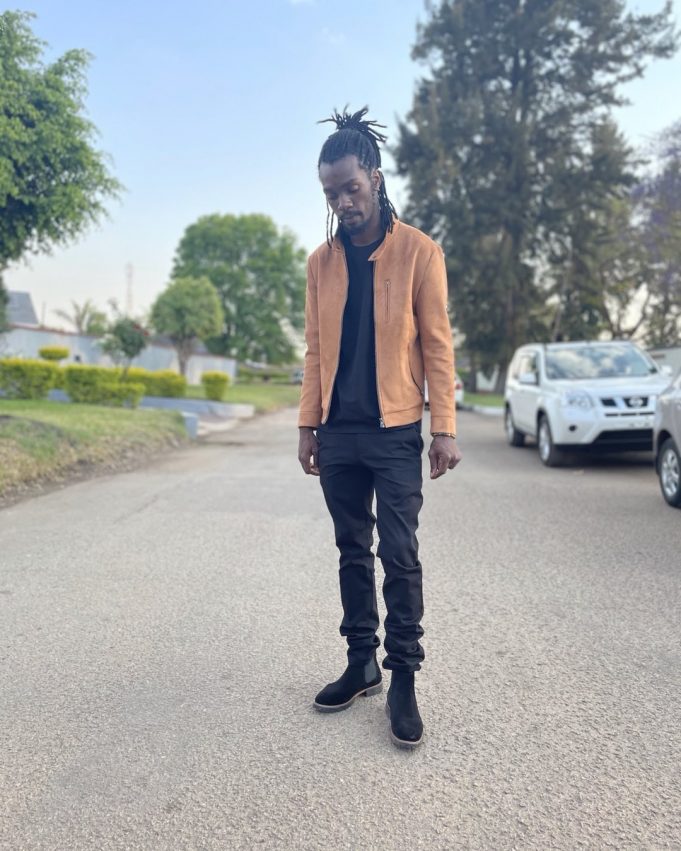 Barely a month after popular Zimdancehall chanter Enzo Ishall went on social media announcing he was quitting music to focus on his business, on Sunday he released a new song “Zuva Risingasvike”.

The title of the song is very ironic -“Zuva Risingasvike” – the day that never comes.
Perhaps Enzo is trying to tell us a message – “well I am playing mind games with you, the day when I will quit music will never come”.
When he made the announcement that he was quitting music, many of his fans were disappointed with the move and pleaded with him not to hang up the microphone..

They felt he was not only a good musician, but a role model to some, especially the young ones.
Some of his fans even cried on social media, calling him on his cellphone to plead with him.
Like his nickname “Stallion”, Enzo remained “bold”, insisting he will never do music again.
He later posted a picture on social media with some of the toys for his so-called amusement park he was working on – the so-called business that had made him quit music.

Well, it is a good idea to have an amusement park and the locals even supported the brains behind his business idea.
The “Kanjiva” hit-maker even went live on radio where he shared his story about his music career, which he said had come to and end.
Enzo even shed a tear during the live show, touching many who ended up sympathising with him.
Now, weeks later, the fans are confused and back on social media asking Enzo what is really going on.

During his live show, Enzo mentioned some promoters whom he said disappointed him, but days later he posted a picture hanging out with them.
Is he playing mind games with the fans?
Was it a publicity stunt to market his songs or rather his new business, or Enzo’s strategy to get more social media likes and followers?
Some said it is normal for artistes to pull a stunt or a shocker in order to build their brands, and Enzo could have been successful in this endeavour.

His new song has reached more than 80 000 views on social media within a short period of release, leading many to ask: “Is the Stallion back or is this the last kick of a dying horse?”
In an interview, Enzo confirmed his return to the music scene.
“I am just fulfilling some obligations with my fans, not that I am back in the studio and that music is my full time profession, no it is not, I am now centred on business and I am happy that I am financially and mentally stable. I thank those who helped me.”

Enzo said he was now a happy man.
“For now all I can say is that since I got the help that I needed, it’s only fair that I give my fans what they have asked for, that is my return,” he said.
“Calls and texts never stopped coming. Fans are giving me money, I have met a therapist.
“When I made the decision to quit, I did not know that I had such a great impact on people’s lives. The support that I got after I quit music is overwhelming. Many have reached out to me offering to help in any way, and right now I am happy to have companies that I am building and can sustain my family.

“I am getting free services from well-wishers to boost my business. As we speak, I have an architect I am working with designing a 3D model for the war field. Moreso, one of my biggest fans paid the best therapist, some have helped me buy a new car. I am also getting building material and I am now earning a salary.”
-Herald

Gospel Reporter - October 19, 2021 0
An event which happened in Kuwadzana left many in awe as 16 adults went wild partying and enjoying deep intimacy. The party was well...