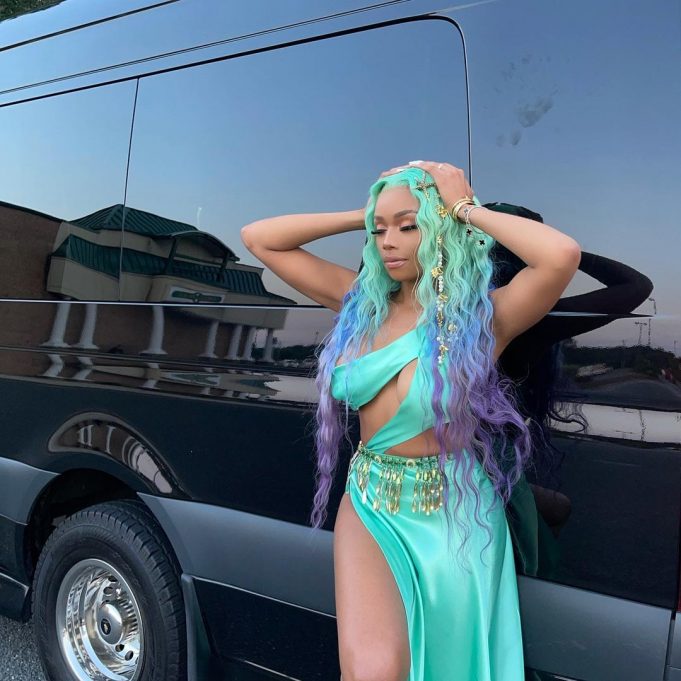 It never rains but pours for media personality Bonang Matheba. Being a role model in entrepreneurship and media, it is unthinkable that she is about to lose one of her most cherished brands if It was hers from the beginning.

Information gathered by Savanna News indicates Bonang was a front more than she was a shareholder of House of BNG. Until recently, Celebrity Services Africa (CSA) the agency representing Bonang, went for ownership and control of House of BNG in their agreement and gave Bonang a slice of the economic benefit.

The presenter, who recently moved to New York this year, is involved in a catfight with her former agency, with people close to Bonang claiming she has lost the alcohol brand.
On Wednesday, she took to Twitter to air her frustration with the management and revealed she was a victim of their ‘fraudulent’ management practices.

While the nature of the management contract between Bonang and CSA has not been made public, the celebrity management agency is reported to have directly negotiated with Vino Ventures, the makers of House of BNG, as part owners of the brand, while giving Bonang a promoters’ contract. Thus CSA became a shareholder while Bonang was the brand’s face and limited to a cut of sales and profit, but not equity.

There is a disparity in the interpretation of the contract between Bonang and CSA. The agency believes they own the BNG trademark and its intellectual property and assumed Bonang knew it. Bonang accuses CSA of making decisions about House of BNG without consulting her as the ‘shareholder’ of the alcohol brand. She also claims to have brought House of BNG with her as she signed a management contract with the agency.

Sources also revealed CSA invested a lot of money into the brand, and they are still to be paid back through the profits while Bonang remains liquid as she gets a cut of every sale of the wine bottles.

CSA is also frustrated as they bear the losses of the failure of the business, and they are also required to inject capital from time to time, while Bonang enjoys royalties from every unit sold.

The agency has demanded control of the House of BNG account from Bonang, threatening she wl suffer consequences if she decides not to comply.-savanna