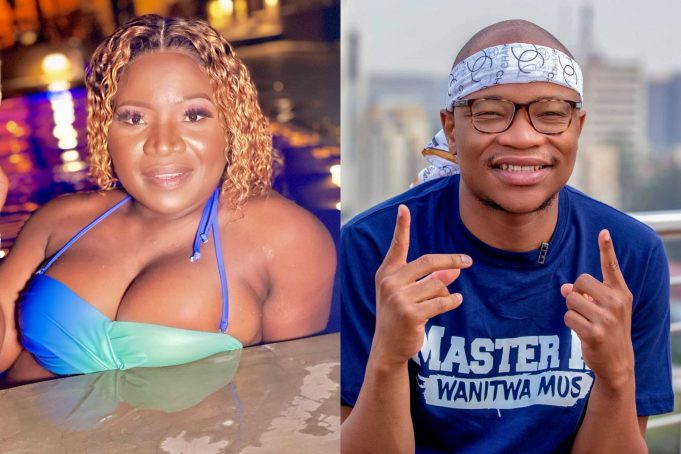 Is reconciliation on the cards for Limpopo ex-lovers Makhadzi and Master KG? Recent events and social media flirting point towards a possible renewal of vows.

The musicians separated in 2020 after a few years in love, posting on social media, the Jerusalema hitmaker Master KG announced that they have separated to focus on their careers.

“We are still young, and we still need to achieve big things. I hope everyone understands and respects that. I am no longer going to answer anything related to this. Thanks.” – Master KG.

Corroborating Master KG’s announcement, Makhadzi revealed that they have decided to end the romantic relationship and become brother and sister.
Makhadzi revealed that her bond with Master KG is unbreakable and testified that he played a significant role in mentoring and shaping her musical career.
The two prominent artists experienced contrasting careers; Master KG rose to global fame in 2020, with the Jerusalema song going viral globally. Makhadzi, on the other hand, experienced a gradual rise to fame and is currently the continental artist of the moment.

Recently Master KG surprised Makhadzi when he appeared on stage while she was performing, he joined the performance, and the two hugged on stage. Though they lamented that their relationship is purely professional, the two are set to find each other again. On social media Makhadzi, fans spotted Master KG drooling over their Queen’s new bikini pictures.

He commented Ntwana ntwana accompanied by burning emoji what’s has been described by fans as a manifestation of what has been going on behind closed doors.

“It’s hard to keep feelings suppressed; you guys separated while you were still in love; look at you, despite the fame, you still failed to move on. Just respect yourselves and announce what we already know, that you are back together.”-Savanna