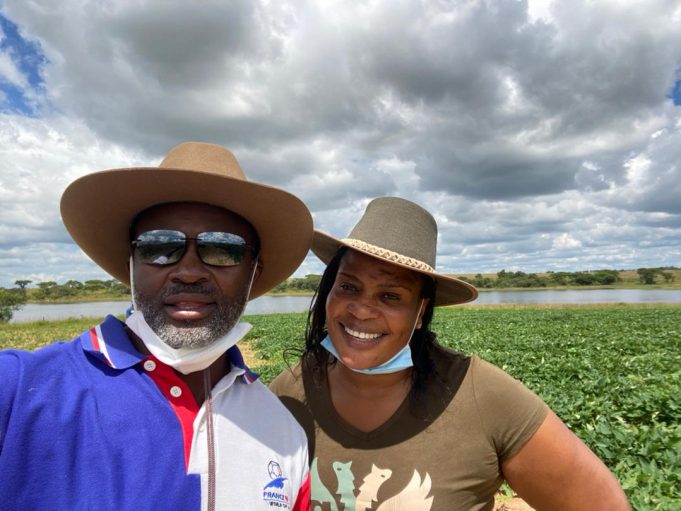 It was drama all over social media last week when the Herald released an article which claimed that Themba Mliswa was having a secret affair with a married woman by the name Janet. The Norton legislator vigorously responded to the news dismissing them as false allegations and a malicious attempt to attack his image.

In a well thought long twitter thread, he explained that he had no intimate relationship with the lady and they only met as friends. He further highlighted that the woman had marital problems and he sat down to give a hand. In his thread he further posted a video which alleged that the husband was very abusive and violent.

In a twist of events a family member has revealed all the truths, dismissing all the defense by Themba as lies. The family member revealed that Janet Tamangani is the violent one and Themba is in a serious relationship with the wife and he has plans to marry her, Janet has a pending divorce case with her husband at the moment after she fraudulently changed company documents of their entity and stole US$1,5 Million from their matrimonial home to live a lavish life with Themba.

Recently the two travelled to Thembas’ rural home in Shurugwi and Janet bought groceries for a traditional ceremony where Janet was introduced as the new daughter in law to be and her husband to be received a prophecy that once they are legally married he will win the coming presidential election as an independent candidate and its all supportes with screenshots of a conversation between Janet,the young sister and Themba.

Claims by the Norton legislator that the husband is violent have also been proven wrong by a video which shows Janet attacking Tafadzwa Tamangani at their work place and showing him that he is not man enough and she would rather be with a man with a political muscle for the benefit of the business and her becoming the first lady.

The two met when Janet was staying with her young sister who happens to be a friend of Themba, although she did not approve of this relationship she had no choice but to go on with the tide as she confessed that she did not tell the husband in an attempt to protect the image of her friend Themba. With the story unfolding to reach a nasty climax, she then decided it was time for the Norton legislator to know his place.

This relationship has torn families apart as Janet’s children have been conditioned to hate their dad but of late they have seen the lights says another family member. It is however disgusting that the people we elect to lead us are the ones that come back to take away the little that we have.