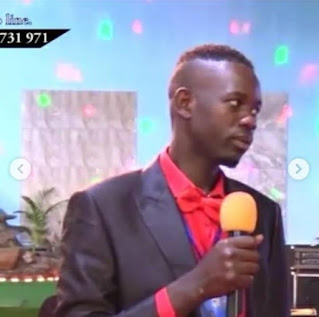 JOHANNESBURG – Loathed by some because of his persistent disdain towards injustice at political and social level, Prophet Mellontik Orasi of Christ Redemption Ministries has been nothing short of a mystery.
He has also become popular but to some who do not like him “irritating” due to his signature death prophecies which have costed him a slot even in the media.
The main question which those who follow him with a keen interest to understand the man is “why doom messages every time” as if there is no positive revelation.
He has always reserved a perfect answer for that, “because that is what God reveals” and the messages have to be delivered.
The truth though is that Mellontik Orasi, born, Obey Tichafa Gutu has always spent more time sharing sermons that have nothing to do with prophetic messages but full knowledge of Christ.
Sermons do not usually go viral for reasons known to those who have no appetite for them but Mellontik Orasi is always motivated by the ever growing membership of his denomination.
Speaking about his calling, the Zimbabwean prophet revealed it was just another enigma which is part of his everyday move.
“I received my first call in 2001 when I was doing Form 4 and I was told I will have a church in Mzansi (South Africa), by then I was attending Dutch (Methodist church).
“I was in scriptures union at school. I came here and saw the place I dreamt of but never took it seriously, that is when I began hearing voices warning me of not taking my call seriously.
“I fell into misfortunes until I looked for help. I used to reveal some prophetic mysteries to my father which I would have dreamt about deaths or some visitors coming to our home.
“I remember telling my father of an impending rift between him and his brother (uncle) which eventually happened and how God wanted them to reconcile.
“Later on, I dreamt about the death of my sister, that is when my parents started to feel there is something serious and strange about me,” said Orasi.
The South Africa-based prophet disclosed that it was the late Nigerian prophet TB Joshua and Prophet Makandiwa who helped him take the calling seriously after falling into a series of misfortunes.
He will be holding a mega conference dubbed “Lunch Service” in Johannesburg on Sunday 28th November 2021 which is expected to be a full house.
Facebook Comments