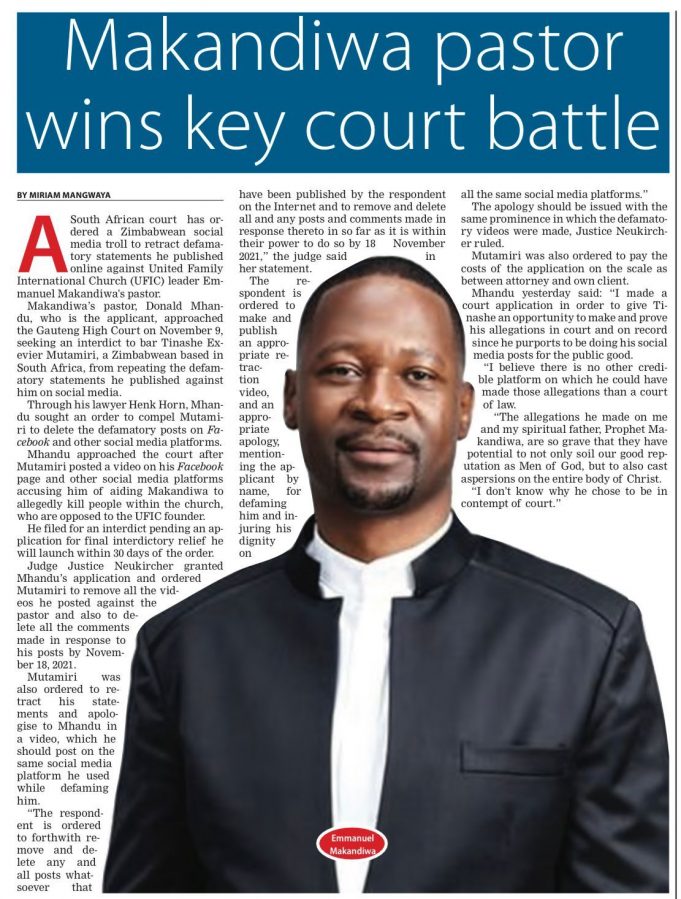 Mutamiri made allegations that Donald Mhandu is a serial killer who’s used by Makandiwa to silence his enemies.