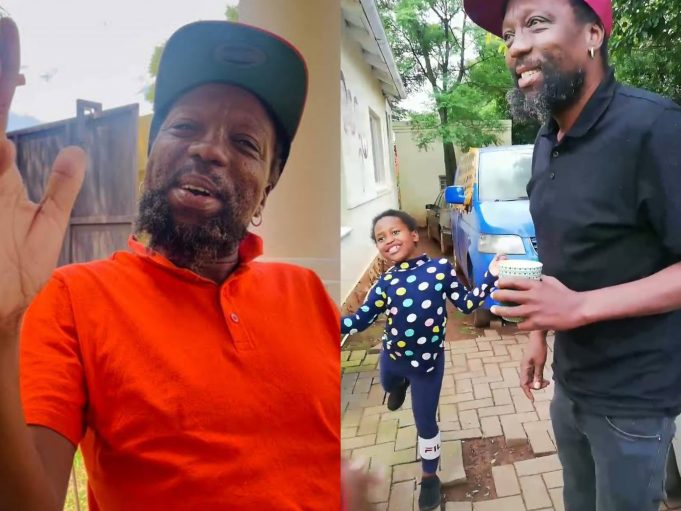 Heartbreaking Video Of Zola7 With His Daughter Left Mzansi In Tears. There is a video of Zola7 which is currently circulating in social media and the video has left many people with joy to see hi getting his laugh back after so many years. Zola was seen in video singing a very interesting song with the help of his daughter.

Shame thee girl loos so very excited to sing with her daddy. Mzansi like her energy that she gives when singing with him.

It’s sad that the show off of life is no more and he will never be the same again. After he has been trendingbthe past few weeks, it’s clear that he is also metal ill.

Many fans has been calling MaMkhize to help him with clothing range. It appears that people have seen him in many videos wearing the same clothes. One of Facebook user end up saying that MaMkhize should be able to provide him with clothes.

Most current videos of Zola, he is always drunk. Many of his fans has been wondering how is he going to recover if he carries on like this. Zola should help us to love him; Remove his hair.