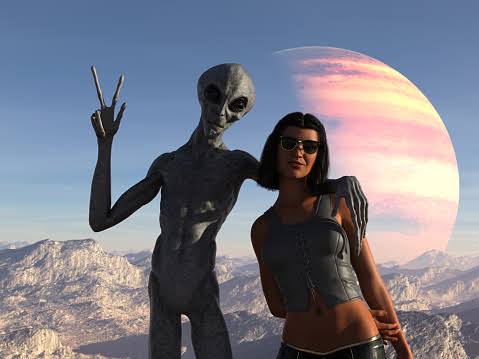 The National Aeronautics and Space Administration (NASA) will be sending nude photographs into space in an attempt to attract aliens.

Scientists have seemingly run out of methods of attracting life forms from other planets, after attempts over 150-years have failed.

NASA scientists are now hoping naked pictures of a man and woman waving hello will be an exciting invitation to alien life-form to send back a communication signal.

The project called, ‘Beacon in the Galaxy’ (BITG) will include a pixelated nude image. Scientists say they are not sure how aliens communicate and experts are willing to try whatever it takes to prove that aliens exist.

NASA has been sending signals into space for over a century in a bid to communicate with extraterrestrials.

Last year, the space agency sent the Perseverance rover to Mars to look for forms of life on the red planet.

The question of whether Mars is inhabitable has played in many sci-fi movies over the years, from Total Recall to the more recent Ad Astra with Brad Pitt and The Martian with Matt Damon