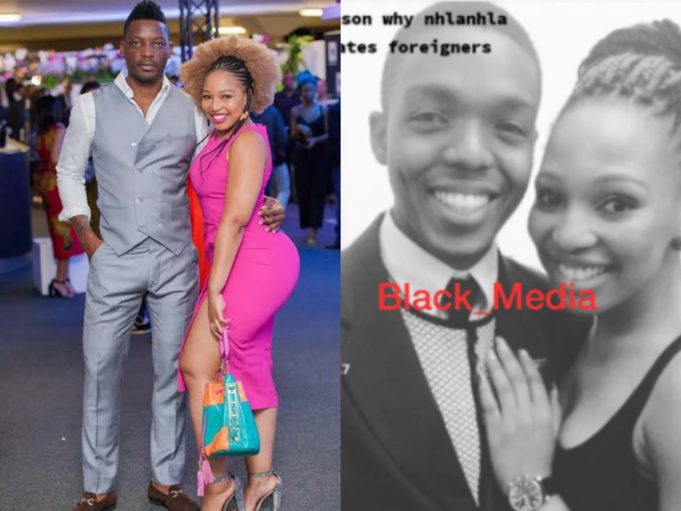 “He Hates Foreigners Because They Took His Lover”- Mzanzi React As Old Picture Of lux Emerges. Nhlanhla Lux has been fighting for a long time for foreigners to leave South Africa.

He said that the high unemployment rate among young people in South Africa is caused by foreigners who came there illegally and took all the jobs while young South Africans were out of work.

He also thinks that they are to blame for the crimes that happen in our country because they can’t be caught because Home Affairs doesn’t have their records.

But many people have said that his dislike of foreigners is based on his own feelings. They say that he is not just fighting for his country, but also for himself. So, he hates people from other countries. After all of that, some photos have become popular, and people think that these photos show why Nhlanhla Lux hates foreigners.

There were rumors that Nhlanhla Lux was dating the well-known Mzanzi actor Phindile Gwala, also known as Nonny Muvhango. Armando Ngandu, a foreigner from Congo, came and took her.

Before that, everything was going well. People think that this is why Nhlanhla Lux hates foreigners: because they took his lover. Some people even say that it all makes sense because Phindile once wrote on Facebook that Nhlanhla was wrong to compare himself to Steve Biko.

When this was posted, many people had different thoughts about what it meant. They started putting together the pieces after Phidile’s post went viral a few days ago. Some people are now sure that this is the real reason why Nhlanhla hate foreigners. See what they said about it below.