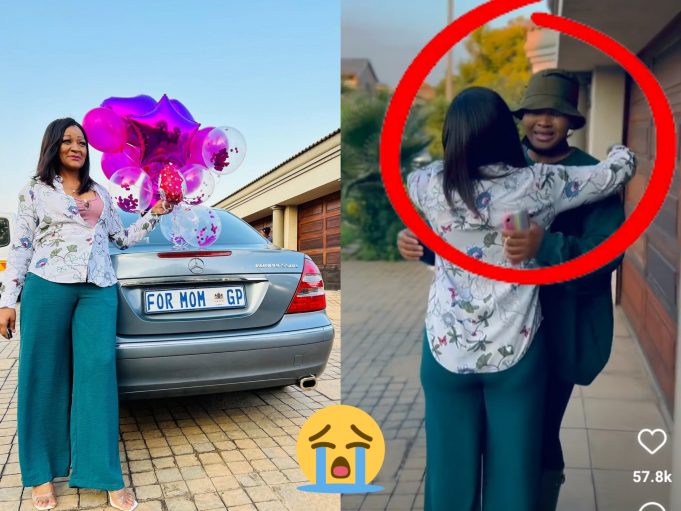 South African musician Lady Du recently came under fire after her dad hurled insults at her in a video. This follows a social media post from Lady Du reflecting on her upbringing and the challenges she faced while growing up.

The musician, who’s been in the music industry since her early teens trended for the now-deleted post and response from her DJ father.

In the video from her father responding to Lady Du’s post, he claimed to have done everything for Lady Du so he is confused by her implying that she grew up poor.

“I do not know what Lady Du means when she says she grew up poor when I worked so hard to give her a comfortable life. She then went and h*ed around and ate money with all these men and she continues to spend money on these men. What is she doing now? She did not grow up poor, she had everything she needed,” he continues.

“She is who she is because of me. Today you see me as a piece of sh*t but she can go around telling people that she grew up poor. She is a dog, I gave birth to a child that is a dog.”

Lady Du, however, did not let that derail her as she shifted her focus on celebrating her mother this mother’s day. She bought mom her dream car and dropped it off at her house.

“Today was the most emotional day of my life. I told her I wanted to take her out since I didn’t yesterday, MOM thank you for teaching me God, for being the strongest woman I know,” posted the singer.

On Mother’s Day, she penned a heartfelt message to her mother, referring to her as her pillar of strength.

“My pillar of strength, I felt like writing a long message but with all the tears in my eyes I’ll pray instead happy Mother’s Day queen. I love and appreciate you.”

Lady Du, who’s enjoyed great success in the entertainment industry, recently shared some advice to upcoming musicians on how to be successful in the industry.

“Dear up and coming artists!!! Please do me a favour, when you want to make it in the industry, be informed, take this job as a nine to 5 don’t be under pressure to look a certain way, dress a certain way. It’s ok to just look clean and simple, it’s ok not to own luxury items, till you can afford them and still have a banging bank balance. I advise you as someone that’s been hustling in entertainment since I was 10 years old,” she said partly.