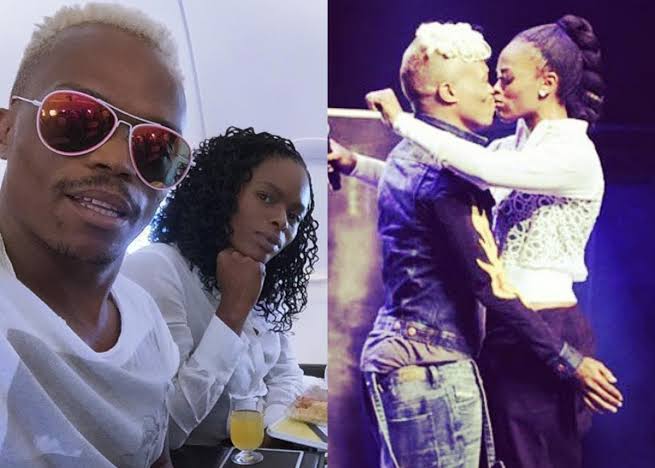 Wonders never cease to amaze when it comes to Somizi. No doubt, Somizi Mhlongo knows well how to trend. In the wake of a new episode of Living The Dream with Somizi. However, Somizi has finally opened up about his fallout with Unathi Nkayi, who he used to be friends with.

The two were best known for their good vibes as judge panellists on Idols SA. However, in the mix of things, their relationship turned south as they went on to unfollow each other on social media platforms and even exchanged social media blows.

Unathi Nkayi was the one who first let the cat out of the bag when she shared a series of comments clearing the air that she was not Somizi’s friend. However, this came after Somizi was implicated in daring gender-based allegations, which saw him cancelled. Unathi even likened the case to R. Kelly’s saga to make matters worse.

“To ALL my friends who think you’re going to CONTINUE playing R Kelly in my presence. TODAY IT STOPS. No more philosophical B*LL SHIT about you separating the genius from the MONSTER. It STOPS TODAY, HMKAY…unless you LOVE being a trigger,” she warned.

However, to prove her point, Unathi went on to unfollow and delete pictures with Somizi. After all, Somizi seems to be ok with it but has opted for maturity over drama

Somizi revealed that everything could have been handled professionally, but she opted for social media streets. Somizi made it clear that she doesn’t want to talk to Unathi again in the mix of things.

“Honestly, I was shocked, I was disappointed but it is what it is. Sometimes when people show you who they are, you leave them; someone that I thought we were okay with went public. The devil does not want to see me prosper. This day has been a day and a half,” he said.

“If I have to go work with her, in the same space. It’ not in my nature to say its, either me or somebody else. I’m not going to take bread away from somebody who feeds her kids and family and stuff. I’m going to make sure my space and peace are protected,. I never want to talk to her again, I never want to speak to her again.”

“I will be professional. Being professional doesn’t mean that when she says something I must agree with her… but I’m going to make it clear before I even start that this person must never even look at me,” he concluded.