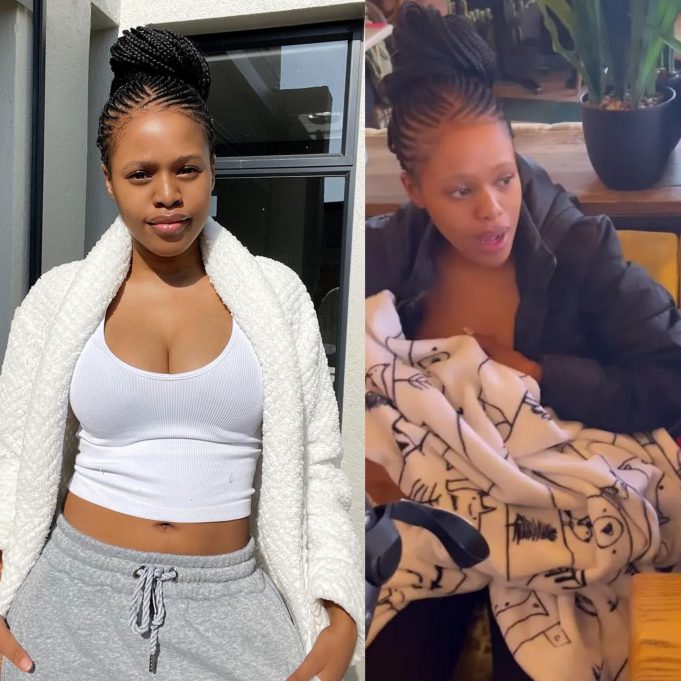 South African actress Natasha Thahane has welcomed her newborn baby and judging by a short clip she shared on her social media status, she seems to be really enjoying motherhood. The father is alleged to be Thembinkosi Lorch, who plays for Orlando Pirates.

Early March 2022, News365.co.za reported about her pregnancy after she had announced the good news to her fans and followers. Taking to Instagram, she didn’t say much but instead, captioned the pregnancy snap with an emoji ‘‘.

Congratulatory quickly showered in for the first time mom, including messages from friends and colleagues like actress Zola Nombona who also welcomed her baby with actor Thomas Gumede a while ago, Samkelo Ndlovu, Gail Mabalane, Pasi Koetle, only to mention a few.

Last month she hosted a beautiful private baby shower which was only attended by those close, however, we got a glimpse of what went down and it seemed a lot of fun was had.

Fast forward to today, in the video on her IG story, she can be seen breastfeeding her baby at what looks like a family gathering.

More so, she has shared a snap which we think is a post-baby body and she is looking beautiful like always. She wrote, “iMama 奈“.