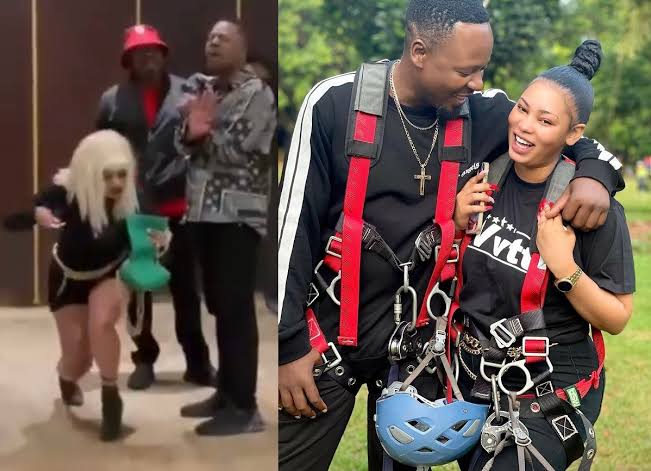 Prophet Mellontik Orasi released a prophecy pleading for prayers for a celebrity couple which was going to head into a nasty divorce. Seems like the prophecy has been fulfilled.

This was revealed at the Harare Magistrates Court by Stunner’s lawyer Dumisani Mthombeni, who opposed an application by the State to postpone the rapper’s trial. Stunner, real name Desmond Chideme, is accused of assaulting his wife, Dyonne Tafirenyika, at Focalistic’s show in April, where he was a supporting artist.

The rapper allegedly thrashed his wife and plucked off her artificial nails after she had refused to give him her phone.

Stunner is desirous to stand trial and is confident that he will be acquitted of the false allegations, we are eager to defend our client so that he can get on with his life. The complainant, and the accused, have a child together, but they are no longer together as a couple.

But, the complainant went to his house and took all his household property, leaving him with nothing. She is determined to make his life miserable.

Both Stunner and Dyonne are yet to confirm the breakup.

The State had applied for the Magistrates Court to postpone Stunner’s trial as it wants to record statements from unnamed witnesses, reports lifestyle tabloid H-Metro.

Mthombeni argued that Dyonne is scared that if the trial starts, she will be exposed. He said she was now trying to cook up allegations by introducing witnesses to validate her false evidence.

The State had over a month to put its house in order.  The complainant, whose statement was brought on the day he was initially brought to court, never indicated that there were witnesses who saw the accused assaulting her.

It was never mentioned; no names have been given to the court on these new witnesses, which we believe are now being created to come and support these false allegations.

The witnesses that the State wants to record are the Rainbow Towers Hotel security guards, who are believed to have seen the assault. Magistrate Mashavirakure postponed the matter to 13 June to allow the State to record statements from the witnesses.