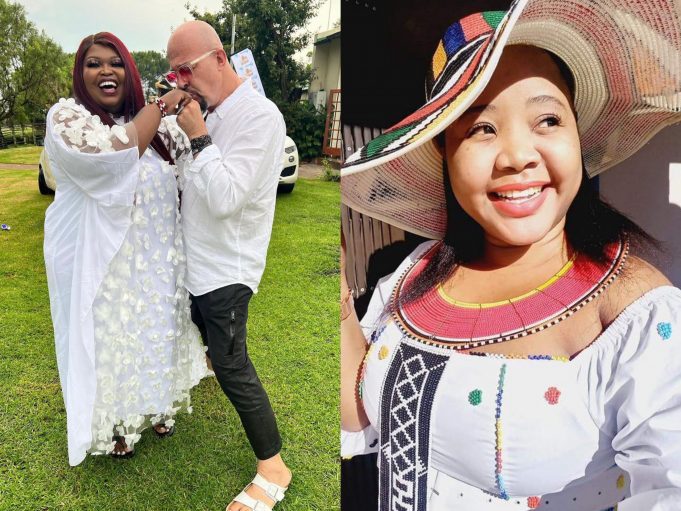 While Mzansi is still struggling to recover from the tragic death of Namhla Mtwa, who was allegedly murdered by her boyfriend. Gogo Maweni, our resident sangoma, had the most bizarre dream in which she was visited by Namhla Mtwa.

Mzansi is still mourning the death of Namhla Mtwa, a young woman from Umthatha in the Eastern Cape. Namhla Mtwa’s 17-year-old boyfriend allegedly shot her in the driveway recently. The news of Namhla Mtwa’s death has sparked outrage on social media. Photos and videos of the late Namhla Mtwa have flooded social media, depicting the violence that led to her death.

Our resident sangoma Gogo Maweni has taken to social media to share the wildest dream she had, probably last night of the late Namhla Mtwa. In the dream, Gogo Maweni relays how Namhla Mtwa came to her in a dream to deliver a message.

“Wow the chills…lastnight I had a visitor, Namhla hiding behind a smile,she said “he is obsessed with the idea of revenge,he owns me…”Please let us help her crossover light a white candle in short prayer may she not suffer even after her death” wrote Gogo Maweni.

Gogo Maweni’s revelations have sparked outrage on social media, with followers urging her to get involved in bringing Namhla Mtwa’s alleged perpetrator to justice spiritually and traditionally. Tweeps have put their faith in Gogo Maweni after the drama that erupted between her and baby daddy Sthembiso SK Khoza, where she wasn’t afraid to admit that she may or may not have had a hand in his recent spiraling out of control episodes.

Tweeps have rallied behind Gogo Maweni on social media, urging her to use her spiritual and traditional powers to make things right for the late Namhla Mtwa