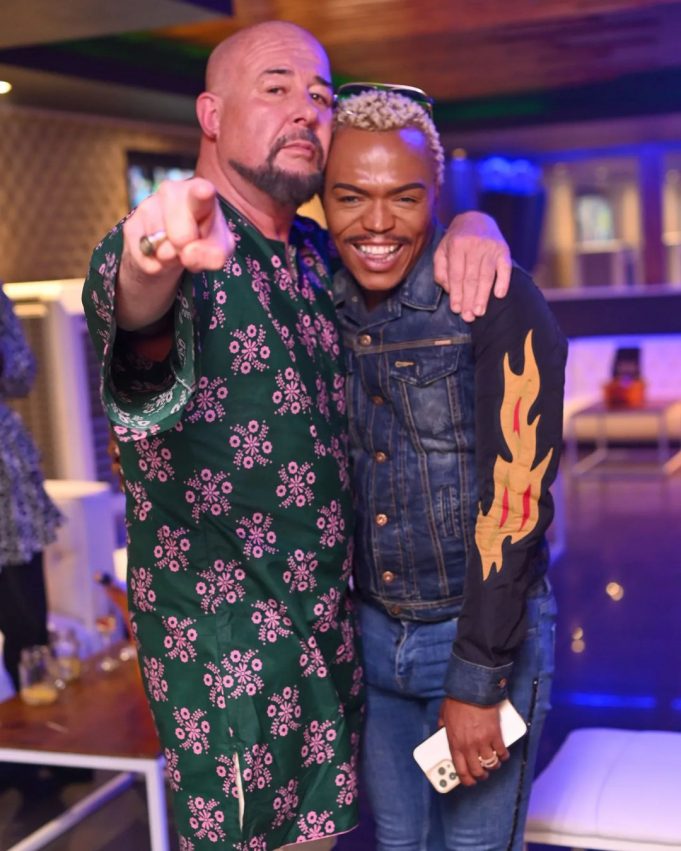 South African media personality, Somizi Mhlongo has revealed that he and the Isidingo actor Jamie Bartlett were together on Sunday (22 May) evening at a Brooklyn club in Pretoria before he died on Monday evening, 23 May.

Reality TV star Somizi Mhlongo took to his social media on Monday evening (23 May) to share his last moments with his industry friend Jamie Bartlett hours before he passed away on Monday.

Mhlongo posted pictures of himself and Bartlett at the Brooklyn club with a touching tribute:

“And just like that…last night would be the last night together literally…I even made fun of u for greeting each and every person @012_lifestyle_brooklyn including the kitchen staff…your spirit knew…farewell my Jamie.”

Fans of the Rhythm City actor also revealed on Phil Mphela’s post that the actor appeared normal when they met him at the event on Sunday evening.

The family of the 55-year-old actor confirmed his passing to eNCA on Monday evening 23 May but couldn’t detail how he passed away.