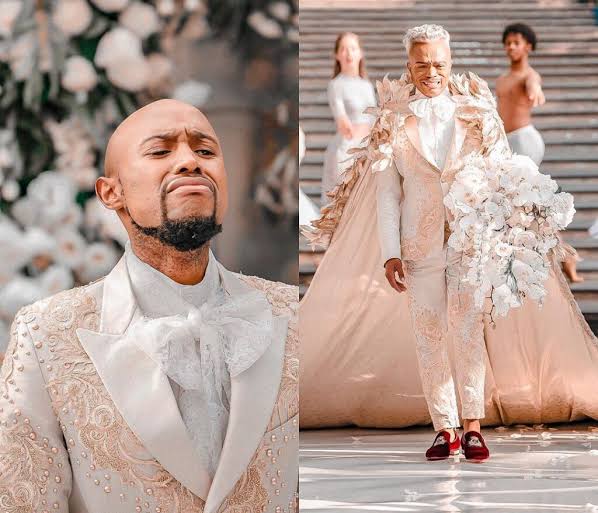 Somizi Mhlongo said his “last” words to his estranged husband Mohale Motaung,after packing his clothes on an episode of his reality series which aired on Showmax today (25 May).

Somizi Mhlongo was seen packing up all his estranged husband‘s clothes in episode four of his reality series. He was emotional because the clothing reminded him of certain memories he shared with Mohale.

“I am at home and I’m packing his clothes to be taken to wherever he is. It’s not a nice feeling. That’s when you realise that this is it. There are items that take me back to memories, places, incidents. So, it’s bound to be emotional,”

“Some people get into marriage to mean it. Not even once did I think that one day I would be packing his clothes and that our marriage would be ending,” he continued.

The director then asked Somizi if he has any last words for Mohale and he responded “rest in peace”. This is something the media personality has previously implied – back in November he told Cassper that Mohale was “no longer alive” on an episode of The Braai Show.

Somizi and Mohale both announce their divorce in August 2021 after Sunday World’s leaked audio clips. The audio clips revealed Mohale claiming Somizi physically and psychologically abused him during their marriage.

The Idols SA judge revealed that he and Mohale did not sign any papers on their wedding day. So, for them to get a divorce or Mohale to claim 50% of the estate, they would first need to prove they were married