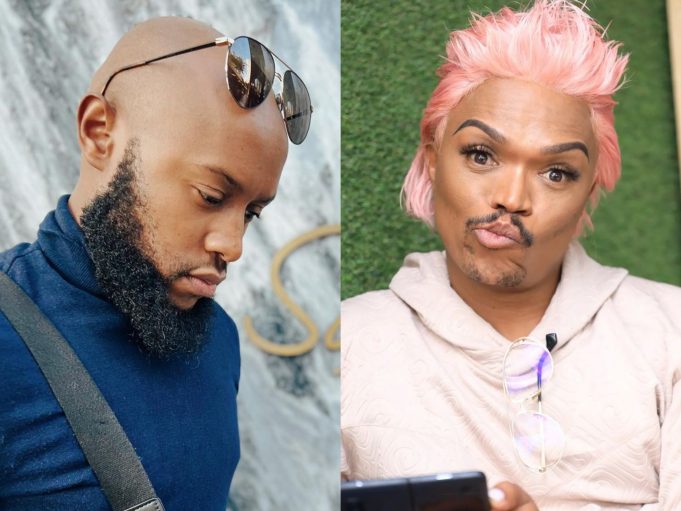 There is no doubt that an episode doesn’t end without Mohale Motaung‘s name trending on Living The Dream with Somizi Season 5. The season revolves around Somizi’s divorce and the aftermath of Mohale’s shocking allegations of abuse that affect his bag.

On the latest episode of the Showmax’s hit reality show, Somizi has challenged Mohale to a boxing match so they can settle their differences. The pair is currently going through a messy divorce and according to reports, Mohale allegedly wants 50% of Somizi’s estate, but the Idols SA judge says he won’t even get a toothpick.

On the episode, Cassper interacted with Somizi about his fight with Slik Talk in December 2021. Somizi referred to Slik Talk as a chipmunk and said it was good riddance he didn’t win the boxing match since he spoke badly of celebrities online.

When Cassper asked him who would he fight? He said his estranged husband Mohale. According to Somizi, this is a great idea since they will make money and Mohale will get to be like Slik Talk.

“Let’s be fair and square. Bathi amadoda ayipheli. Let’s be men and meet in the boxing ring, and there will be real fists,” he said. Somizi is seen packing Mohale’s clothes in one scene.

He said he never imagined he would be packing his clothes and reaching the end of their marriage.“I am at home and I’m packing his clothes to be taken to wherever he is. It’s not a nice feeling. That’s when you realize that this is it. There are items that take me back to memories, places, incidents. So, it’s bound to be emotional,”

Somizi revealed during their consultation that he and Mohale did not sign anything on the day that they got married. “At the white wedding when you know you know and I knew that with the marriage it was going to be a challenge.

We were supposed to sign the following week and anyway, I never raised it because in our relationship I was always the initiator. So, had he initiated then he knew I was going to be skeptical because since when does he initiate?”His legal advisor Hope said  Mohale is entitled to half of his estate and visa versa.