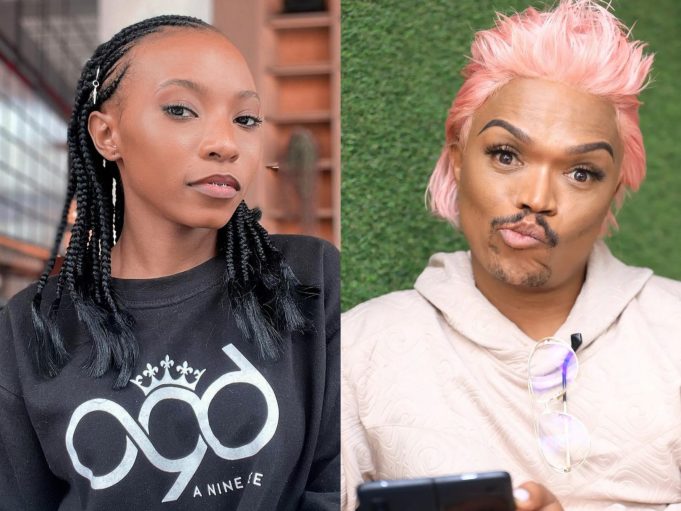 Somizi Mhlongo revealed that his daughter Bahumi was upset he flew her to Cape Town using FlySafair and not business class.

South African media personality Somizi Mhlongo revealed that his daughter Bahumi was “upset” that she had to fly with FlySafair and not business class on their trip to Cape Town – on the latest episode of his reality show Living the Dream with Somizi which aired on Showmax on Wednesday 25 May.

On the latest episode of Living the Dream with Somizi, his daughter Bahumi asks him to help her with her bags and he declines.

“No you are crazy. Do you think we’re concierge,” he said.

Bahumi then tells Somizi he is “cramping her style”. She explained that she had a “bad” flight but Somizi thinks she is upset that she had to fly with FlySafair and not business class.

“I think she was upset she flew FlySafair. So Bahumi wants business class and I had to buy so many tickets. There were ten of them… she wants me to take her bag, I’m not here for you,” he continued.

SOMGAGA: ‘SHE MUST NOT BE APOLOGETIC ABOUT WHO HER PARENTS ARE’

Somizi tol Bahumi not to be apologetic about who her parents are. Somizi is an actor, who starred in Sarafina! among other films. He is also popular for his previous radio and television gigs and a judge on Idols SA.

Bahumi’s mom is actress Palesa Madisakwane. She starred on Generations: The Legacy along with other soapies and telenovelas. Bahumi’s grandmother, who is Somizi’s mom, was veteran actress Mary Twala.

So, Somizi asked Bahumi what her plans are for the year and she told him that she has applied to production houses but had no response as yet. He told her not to be apologetic about who her parents are, because he worked so hard to get to where he is.

“So what are your plans for next year?” asks Somizi.

“A podcast. I’ve applied to two places but I haven’t got a response as yet… two production houses. Honestly speaking I’m still figuring it out. I just got out of school and I’m spending my schooling year really just deciding what space in the industry I really want to get into,”

“She must not be apologetic about who her parents are, she must use that actually. I didn’t work my a** off for her to work her a** off,”

It turns out, Tweeps agree! Take a look…