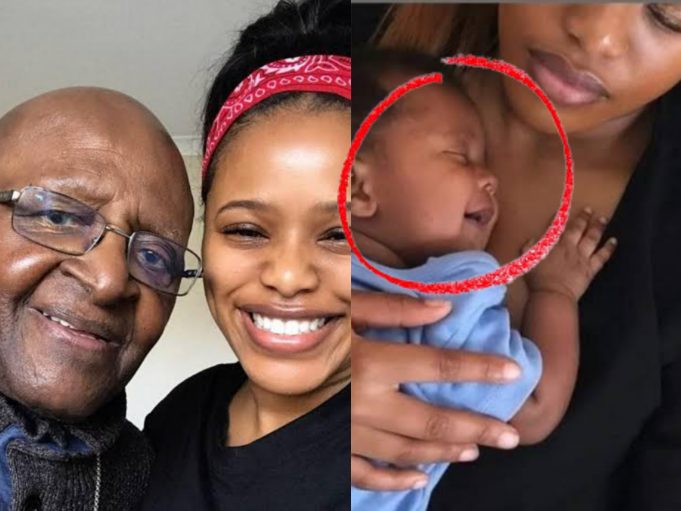 Natasha Thahane posted her baby but Mzansi noticed something. Natasha Thahane (born 25 September 1995) is a South African actress, model, and media personality. She is best known for her roles in the television series Blood & Water, Skeem Saam, The Queen, and It’s OK We’re Family.

Thahane was born in Orlando East to Trevor Thamsanqa Tutu and Nomaswazi Mamakoko. She is the granddaughter of Archbishop Desmond Tutu. She moved to Cape Town where she attended Milnerton High School. She went on to graduate with a degree in accounting from the University of the Witwatersrand. In 2018, she completed a 1-Year Conservatory program in Acting for Film at the New York Film Academy in Manhattan.

Desmond Mpilo Tutu OMSG CH GCStJ (7 October 1931 – 26 December 2021) was a South African Anglican bishop and theologian, known for his work as an anti-apartheid and human rights activist. He was Bishop of Johannesburg from 1985 to 1986 and then Archbishop of Cape Town from 1986 to 1996, in both cases being the first black African to hold the position. Theologically, he sought to fuse ideas from black theology with African theology.

The first thing when people hear that a person is pregnant and they have given birth, they want to see the baby. Natasha has been sharing pictures of her baby with a hidden face. And people have been looking forward to seeing the baby’s face.

And yesterday a picture of Natasha Thahane holding a baby with the face revealed was shared on social media. And people had a lot to say as they started saying the baby looks like Desmond’s tutu. They also add that this baby looks old it’s like she is 8 months old.