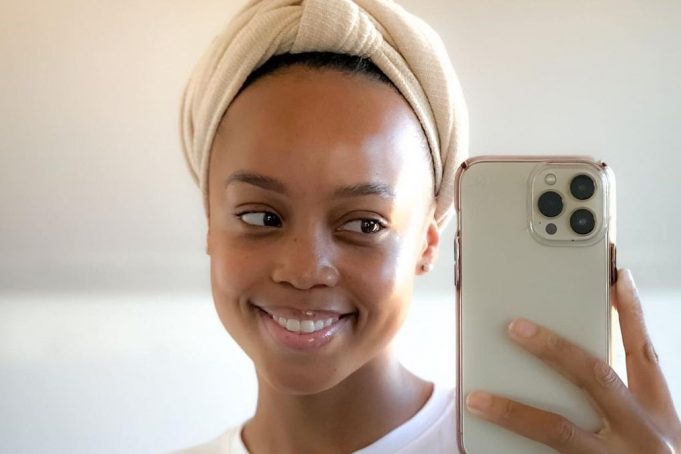 Ntando Duma was dragged on the timeline after entertainment commentator Phil Mphela reported that she has been cast in an upcoming series, Shaka Ilembe

The stunning actress will take on the role of a Zulu Queen, Bhibhi KaSompisi Ntuli in the show executive produced by Ntando Duma. Social media users took to Twitter to claim that the former The Queen is not a good actress and even went as far as she can’t even speak proper isiZulu

The actress will portray the role of Bhibhi KaSompisi Ntuli in the production executive produced by world-renowned actress Nomzamo Mbatha. It is expected to drop in 2023 but filming has already started.

Entertainment commentator Phil Mphela took to Twitter to share that Ntando will play the role of a Zulu Queen. He went on to say:

The South African reports that the stunner was accused of being a bad actress after Phil shared her good news on the timeline. Some tweeps expressed that the Ntando Duma can’t even speak proper isiZulu.

@KhanyiN_ wrote: “What happened to opening up the industry?? We need what they accomplished in Ifalakhe. Great casting, new faces.”

@TablecharmG said: “She’s not even in the neighborhood of good SA actresses. But oh well, thatha wena privilege.”

@AsipeGedu commented: “She can’t even speak proper Zulu, what a waste of casting. We can only hope she took some acting lessons after flopping on The Queen.”

@Ntombie_M502 wrote: “But her IsiZulu is not that sharp, she speaks Kasi Zulu.” minniemhlongo_ added: “Ow no. After that horrible acting on ‘The Queen’? What did we do to deserve this?”