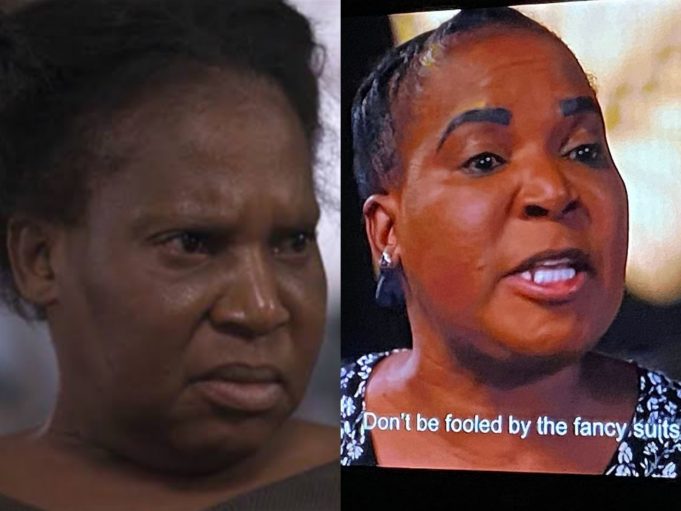 Zodwa has captured the hearts and minds of Gomora fans and they cannot get enough of her amazing acting skills. The scene of the latest episode that has people’s tongues wagging is when she exposed her daughter’s affair with an older man

Gomora fans have taken to the internet to sing Zodwa’s praises after the latest episode of the popular telenovela. Sannah Mchunu, who plays Zodwa, was congratulated for her fire performance with social media users claiming that she is single-handedly carrying the show.

@Kiiiimberley: “Zodwa really said “keep sleeping with my daughter and i’ll sleep with your dad” #GomoraMzansi.”

@fee_phee: “At this point, we are just here to watch Zodwa because she’s carrying this show. #GomoraMzansi.”

@MNkoale: “#GomoraMzansi Zodwa just lit this boring series up! She’s probably the reason why most of us still watch‍♀️.”

@basiie_lesejane: “Zodwa is that woman you shouldn’t date. She forgot how Bonfani used to support her financially Now that the grass is greener on her side, every chance she gets, she reminds Bongani that he’s broke#GomoraMzansi.”

Many viewers of the popular South African soapie complained about how the storylines are inconsistent, difficult to follow and boring. Some threatened to boycott the show if nothing was done about the wack storyline. What angered viewers even more is that Bongani does not own the shisanyama joint and was fired from his job. Taking to Twitter, peeps said writers of the show need to improve their writing skills or risk losing more viewers.