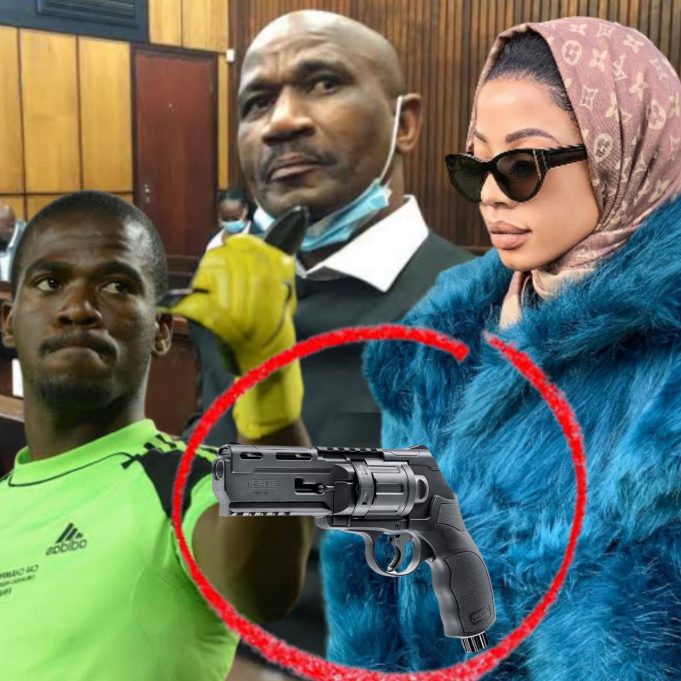 Advocate Malesela Teffo has told the court that an eyewitness will testify that Kelly Khumalo allegedly shot dead Senzo Meyiwa by mistake. Teffo, who is representing the men accused of the murder of the late Orlando Pirates goalie, shared that the witness will add that the firearm Kelly allegedly used apparently belonged to Longwe Twala. The former Bafana Bafana star was reportedly shot dead at the singer’s family home a few years back but no one has been convicted of his murder yet.

Kelly Khumalo’s name is trending after Advocate Malesela Teffo told the court that an eyewitness will testify that the singer allegedly fatally shot Senzo Meyiwa.

Kelly Khumalo, Longwe and several other members of the singer’s family were reportedly present when he was gunned down. The former Bafana Bafana star was shot at Kelly’s mother’s home.

News24 reports that the witness Teffo was referring to has not been called to testify in the late soccer star’s murder trial. Newzroom Afrika also shared a video of Advocate Teffo alleging that the witness will tell the court that the reality TV star allegedly shot his baby daddy by mistake.