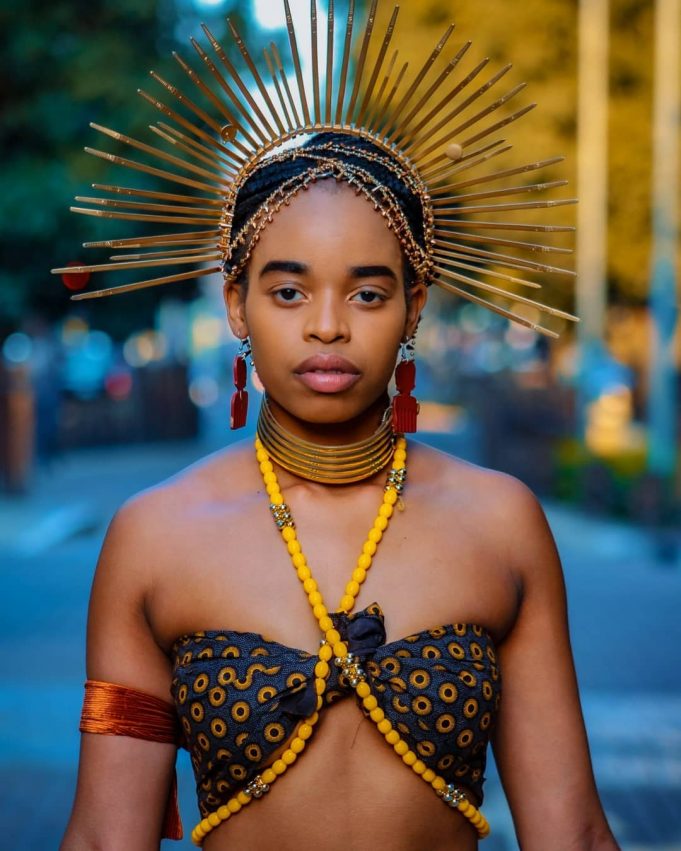 Slay Bhinca’s death leaves drama: They were allegedly fleeing without paying bill when they were involved in an accident.

A young cultural activist Sinefiso “Slay Bhinca” Zondi, who was also a proud maiden, has died. But she has left a lot of controversy behind.

She died in a horrific car accident on the M4 in Umhlanga Ridge, north of Durban, on Sunday, 29 May.

The accident happened a few kilometres away from News Cafe, where she, her fiance and her friends were accused of not paying a bill of about R10 000.

Social media was abuzz when the waiter who served them made a video and shared it on Facebook.She accused them of not paying the bill and running away when she was still busy with other tables at the restaurant.

The angry waiter said if her customers didn’t run away without paying the bill, maybe Slay Bhinca would still be alive.

“As she is dead and one is injured, I just want my boss’ money. I am working for my children and I work hard.

“It’s painful to be a waiter. People don’t know I will be forced to pay their bill of R10 000 because we normally pay them if the customers walk out without paying.

Slay Bhinca’s fiance, Mduduzi Cebekhulu, who recently paid lobola for her, told the publication that it is not true that they left the restaurant without paying the bill.

“When we were driving around Umhlanga, our friend called us to meet at News Café.

“When we arrived there, our friends had already opened their tab.

“We joined them to only greet them and have a small conversation.

“After that, we left the restaurant while our friends were still having a good time,” he said.

He said the allegations that he and his partner, Slay Bhinca, left the restaurant without settling the bill, hurt him.

“My fiancee was a good person. She would not do such things that people are saying she did. I was there.

“Yes, we were involved in a car accident on the M4. She is dead and I was injured.

“I was admitted to the hospital but I’ve been discharged because I was not injured too much; I just feel pain in my neck,” he said.

Mduduzi added that they were planning to do umembeso and umemulo on 3 September.

Lieutenant-Colonel Nqobile Gwala told Daily Sun that a case of culpable homicide was being investigated by the Durban North SAPS.

“It’s alleged that on 29 May at 2am, a vehicle with seven people overturned on Waterkant Road in Durban North.

“Two people, aged 27 and 29, were declared dead at the scene. Other people were taken to hospital for medical attention where the third later died.

“The circumstances surrounding the accident are being investigated,” she said.

The publication tried to call News Cafe but their phone was not answered.