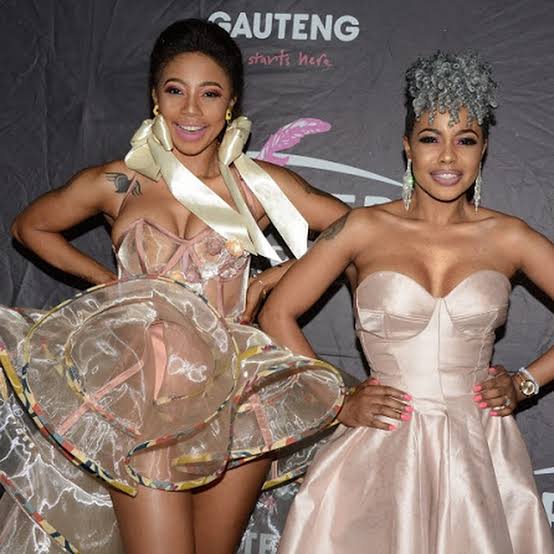 Its OVER for Kelly Khumalo; The witness is her sister Zandie and she is ready to snitch on her. How she shot Senzo Meyiwa.

If anything posted by Zandie is to go by, it will surely be the end of her sister! It seems that many in South Africa are convinced that Zandie Khumalo Gumede will snitch on her estranged sister Kelly Khumalo in the ongoing Senzo Meyiwa trial.

This follows a cryptic post, Zandie made on social media just a few hours after defence lawyer Advocate Malesela Teffo made a startling claim in court.

Advocate Teffo told the Pretoria High Court that he would produce an eyewitness who will testify that Kelly Khumalo was the one who mistakenly shot dead Senzo Meyiwa.

Following the defence lawyer’s claims, South Africa went into overdrive trying to work out the identity of the mystery witness. And it appears that most people have zeroed in on Kelly’s sister ZandieThis comes after Zandie Khumalo announced her new song “Ikhwela” with the following caption

This loosely translates to

“I have come a long way, I will not go back and I will be hated by many people in your area and the young men in your area are shooting at me.”

I say it’s time to whistle, what do you say? Not a day goes by that she does not cry

Many remarked on the timing as well as the words of the song and concluded that Zandile will snitch and testify against Kelly.

The two sisters had a spectacular public fallout which saw Zandie divorcing Kelly.

Zandie was not happy when Kelly distanced herself after she and her husband, Mhlo Gumede, were allegedly fingered in a scam.

This saw her publicly divorcing her sister, and since then, relations have been frosty.

This led some to conclude that Zandie may testify against Kelly to get back at her.

@MahlodiJR: Ziyakhala kemanje!! Eye witness will be testifying against Kelly Khumalo! Is this eyewitness not Zandi Khumalo? Since she’s fighting with her sister?

@Ziminaphakade: I wonder if the eyewitness is not Zandi Khumalo since they had a fall out with Kelly Khumalo.

@NeverMind1465: Zandi Khumalo is the eyewitness in the #SenzoMeyiwatrial. Kelly Khumalo must be sh***ing bricks.

@Mbali_J_Base: Zandi Khumalo would never do that to Kelly Khumalo. It could be Senzos friend maybe he was promised payments and they stopped and now he’s got nothing to lose so he’s talking. You saw un the doc he was struggling cos he said Senzo used to give him money.