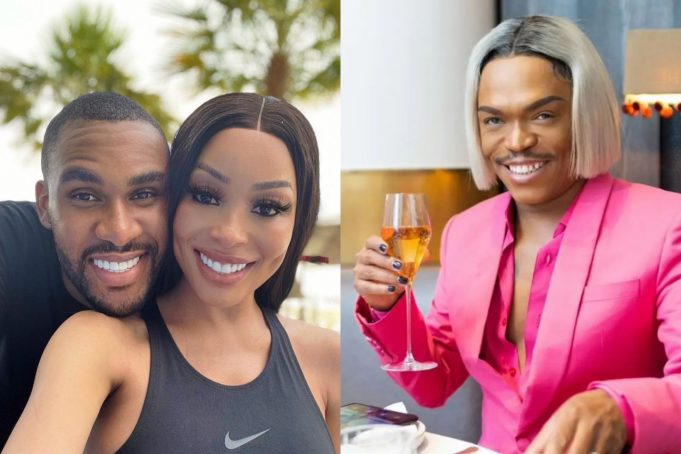 Somizi Mhlongo ‘cancels’ Khanyi Mbau. South African media personality Somizi Mhlongo expressed that he was upset at his friend actress Khanyi Mbau in a preview for the upcoming episode of his reality series which airs on Showmax on Wednesday 8 June.

“When you see Khanyi, please tell her I want nothing to do with her,” he said.

“I feel disrespected,” he continued.

Somizi Mhlongo booked a flight for Khnayi Mbau so she doesn’t spend New Year’s Eve alone. Images via Instagram
This comes after the Idols SA judge appeared to have booked the actress a flight from Johannesburg to Cape Town because she was going through something. He didn’t want Khanyi to be alone on New Year’s Eve.

“Can I make plans and you fly out here now? You can’t be alone. No man don’t cry I’m sorry! Okay give me an hour… I’m making a plan right now,” he continued.

The media personality said that he could relate to what the actress was going through.

“I can relate to what she is going through. Sometimes when you go through stuff you just want to be alone… but she is alone on New Year’s Eve,” she said.

“Don’t worry about anything else. I’ll send you details and make your way to the airport,” she continued.