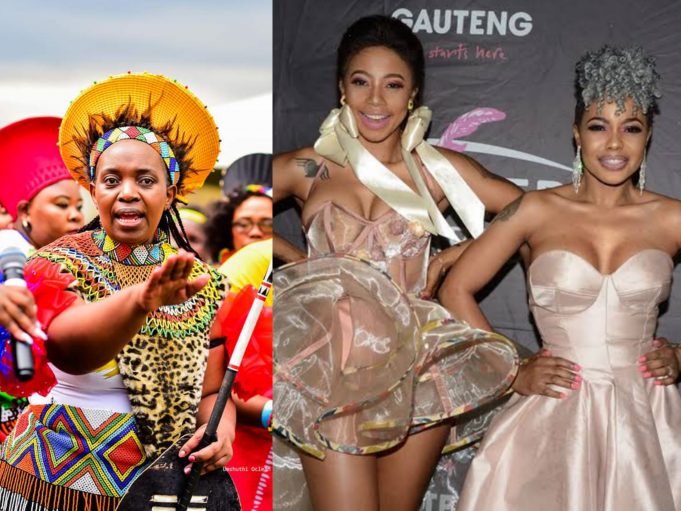 While many suggested the ‘Ngiyak’thanda’ singer was throwing shade, some think the lawyer has been bought.

One confused peep said: “Zandie Khumalo’s post defeated me. I don’t think Senzo Meyiwa will ever get justice.”

Khumalo raised eyebrows when she posted the defence attorney’s picture on her page and showered her with praises.

According to The South African, Zandile’s caption on Mshololo’s pic rocking Zulu traditional regalia translates to: “The Zulu nation. Oh Lord my namesake is so beautiful she looks like she’s about to sing Ikhwela.”

The publication further reports that Zandile’s cryptic post comes soon after the court’s dismissal of a second docket which had put the case on hold. The docket allegedly linked Kelly Khumalo, Longwe Twala, Gladness Khumalo, Zandile Khumalo, Tumelo Madlala, Mthokozisi Twala and Maggie Phiri to Meyiwa’s murder. Social media has been buzzing with mixed reactions from confused fans. Twitter users are wondering why Zandie would shower a woman trying to put her and her family behind bars with praises.

@CiAr54218059 asked: “Why Zandie, Kelly Khumalo’s sister post Adv Mshololo??? All of a sudden Adv Mshololo is against Adv Teffo and The judge is siding her!! There’s something fishy.”