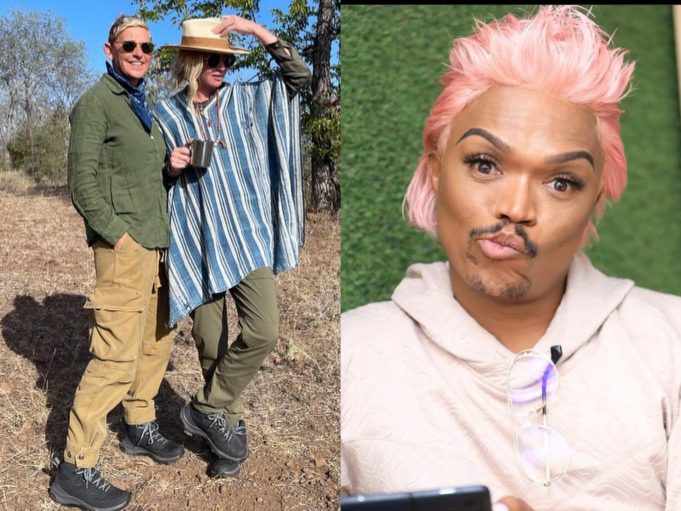 Zimbabweans react to Ellen DeGeneres being allowed in the country after Somizi’s ban. Social media users in Zimbabwe criticized their government for welcoming the United States talk show host Ellen DeGeneres and her wife Portia de Ross into their country after reportedly banning South African media personality Somizi Mhlongo because of his s.e.xual orientation in 2021.

DeGeneres announced on her Instagram account on Friday that she and her wife went on a safari in Zimbabwe, after recently traveling to Rwanda.

Zimbabweans questioned why their government allowed Ellen DeGeneres and her wife Portia de Ross to visit their country when Somizi Mhlongo reportedly got blocked last year for his sexual orientation.

Mhlongo made headlines in November 2021 after he reportedly got banned by the Apostolic Christian Council of Zimbabwe (ACCZ) who wrote to the president’s office and other ministries, including tourism and foreign affairs, saying:

“Somizi is a homosexual, hence according to our people-driven constitution, Zimbabwe doesn’t tolerate homosexuality,” according to a local publication.