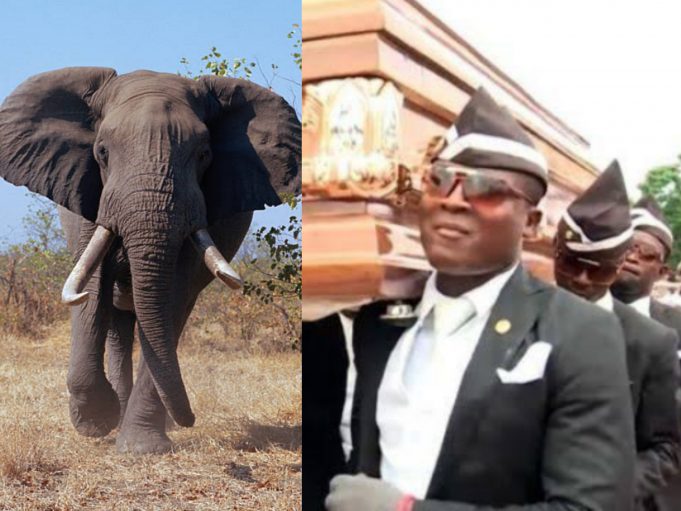 Elephant kills woman and returns to her funeral to attack her corpse. Bizarre animal stories are heard often, but none are quite like the latest vicious and deadly elephant attack of a 68-year-old woman in India.

Maya Murmu was collecting water in Raipai village, located in the Mayurbhanj district of Odisha, India, where a herd of elephants came her way. That’s when she tried to flee, but one of the elephants rushed toward Murmu and trampled her, The Times of India reported.
She was rushed to the hospital but died from her injuries.

As the ceremony was taking place, The Times of India reported that a herd of elephants appeared from the forest, sending villagers running. They left Murmu’s body behind.

One of the elephants then reportedly attacked the woman’s corpse by picking up the body and throwing it in the air.

In a video of the alleged incident published by The Times, a herd of elephants can be seen at the edge of the forest, with one chasing a villager as mourners yell toward the herd.

The herd then destroyed Murmu’s home, with three other houses being damaged because of the attack.
No one else in the village was reported to be harmed.