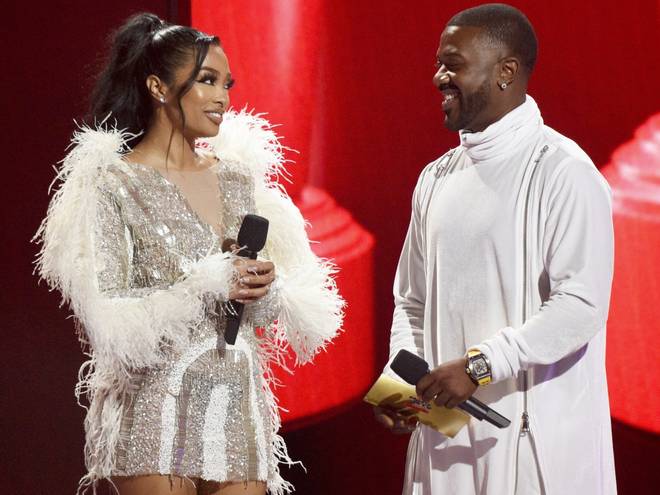 Welp we thought we were never going to hear this but Ray J sleeping around made Princess Love to get even and started cheating too after she gave birth to their second born Epik Ray. The two were married in 2016 but since 2020 they have been already tired of each other.

As fans we are literally over Ray J and Princess Love.Fans now think they do it all only for TV storylines or maybe to stay relevant.After filing for divorce many times since 2020 , Princess was posting how she was going to be finally called single in August 2022.

Last month in June they were seen booed up in a club with Safaree and at BET awards.The new season of Love and Hiphop Miami is about to come out so is it clout chasing?

Ray J, 41, filed for the couple’s third divorce in October 2021. However, in December 2021, reconciliation rumors sparked as they spent Christmas together. In an Instagram video posted by Ray J, you can see him with Princess and their kids (daughter Melody, 3, and son Epik, 1.)

Princess was quick to shoot down any reconciliation rumors, saying, “we have successfully found a way to co-parent our two beautiful babies with no issues.” She continued, ‘I respect him as a father but we have both moved on with our personal lives. It’s all love over here, but stop tagging me in his posts lol,” she jokingly said.

As for Ray J’s current movement, he appears to be enjoying his bachelor status. According to Yahoo, he hopped on Instagram Live to request his fans to send him the “freakiest” pictures and whoever the lucky winner is, they’ll be granted a “platonic” meet and greet.

“I’m flying somebody out to hang out and talk. It’s a very platonic situation but the pictures gotta be the opposite of platonic to get to the platonic,” he clarified during the Live. “I’ma keep looking. I need all the freakiest pics coming to my page. I’m doing a freaky Friday, Saturday, Sunday pic.”

The estranged couple married in August 2016 and Love first filed for divorce in May 2020.