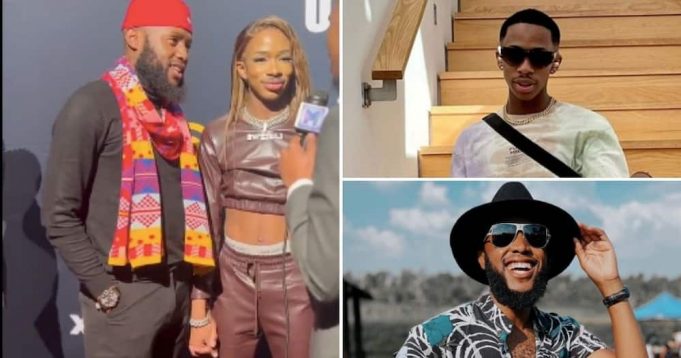 The much anticipated Roast of Khanyi Mbau is happening, and stars stepped out dressed to kill as they witnessed one of their own being thrown into the fire.

The show may be happening today, but fans will get to see all the spicy action on 8 August. Peeps have been itching to see and hear what goes down at the roast and have been waiting anxiously for any updates in the streets.

Khanyi Mbau didn’t want to give much away, but she showed off her fabulous outfit. The reality TV star didn’t want to be roasted while looking like a beggar. Instead, she pulled up oozing elegance.

As fans were going through Twitter scouring for content from the roast, they came across Mohale and Lasizwe giving an interview while holding hands. Recall the stars caused a buzz when they seemingly confirmed that they are a couple. Mzansi loved that the pair looked happy.
Facebook Comments