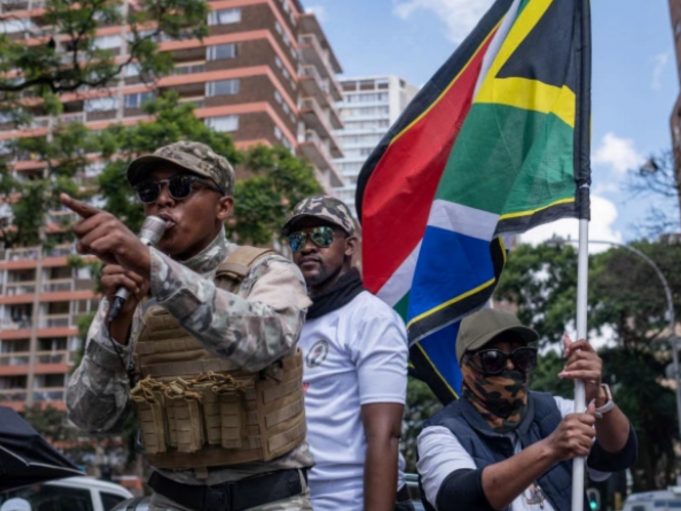 source: Its Over For Nhlanhla Lux Dudula

IT IS OVER for a popular leader, Nhlanhla ‘Lux’ Dlamini, who has made name for himself over the last few months.

Dlamini has become a household name since the July unrest that took place in July last year. He made name for himself when he led the civil group, Operation Dudula which fights against the illegal immigrants.

He was considered as a hero who saved the community of Soweto against all illegal activities that are done by illegal foreigners.

Dlamini represented this group a lot to the extent that he was arrested some time this year but was later on released on a bail.

Despite doing so much for the group, which now has escalated to other provinces, his road with it, has come to an end.

On Monday, the 25th of July, Operation Dudula released a statement stating that they have part ways with Dlamini.

It is further mentioned that an agreement was reached that Dlamini would work exclusively on Soweto Parliament.

In a joint statement that was released by Dlamini himself on social media,the two groups stated that they will in the future do work together, however, they will be doing so independently.

The statement said that two groups have resolved to deal with these issues independently and in different brands, no longer under the Operation Dudula.

It further clarified, as it is in public knowledge that there is Operation Dudula and and then there is Soweto Parliament of which Lux now will focus fully in it as he was doing.