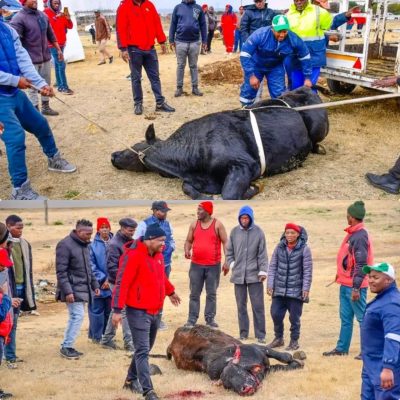 EFF goes into great details about why they had to slaughter a cow. 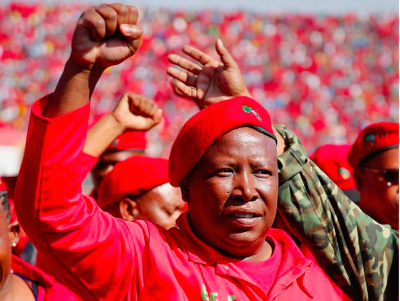 In the year of 2013 Julius Malema branched out from the ANC and started his own party, the Economic Freedom Fighters turns nine years this July. It’s been one interesting joinery for the EFF thanks to its President and Commander in Chief Julius Malema. He has been able to challenge the leading opposition party in Parliament, this had led to a number of people staying tuned for entertainment purpose. 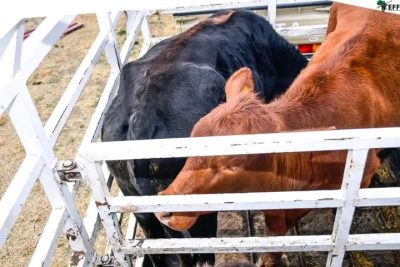 As the EFF plans it’s 9 years anniversary this upcoming weekend on the 30th of July a series of photos has been posted by the EFF official Facebook page. They stated that the celebration will take place at Dr Molemela Stadium in Mangaung this Saturday. The EFF slaughtered two cows to celebrate the milestone.

Slaughtering is underway in preparations for the EFF’s 9th Anniversary

It’s a Celebration, on the 30th of July 2022, at Dr Molemela Stadium, in Mangaung

The party went on to remind everyone why they were slaughtering the cows, according to the EFF it’s an African culture to do such whenever there’s something to celebrate.

Fighters are now skinning, cutting and cooking the cows, ahead of the EFF’s 9th Anniversary celebration.

We are Africans and we are celebrating with our people the African way!