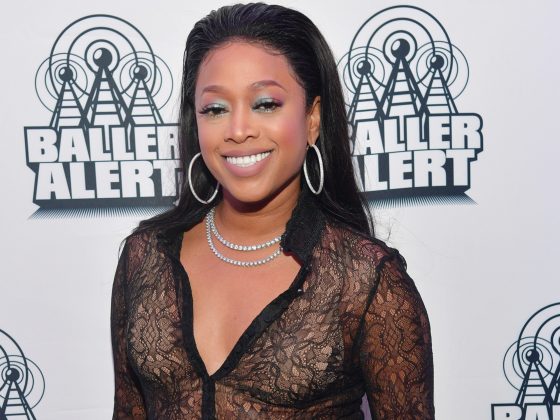 Before becoming a world class successful hiphop artists,  Katrina Laverne Taylor had a brighter future as a real estate mogul.She self taught herself and after believing in that goal she went ahead to do a one year professional course so that she can get a licence and make her millions off that career.However she had no idea that her her star was going to direct her to a different path.

Trina Rockstar was born to a Bahamian mother and Dominican father in 1974.She grew up in Miami where she was discovered by Tricky Daddy and put her on his lead single Naan on his 1998 album which was his second in his career.At that time she was 24 years old and since she became famous at that time she had to make a big decision of her life.

Music Labels were running towards her offering big deals for her to join their teams since she was the female rapper of the moment. She ended up signing to Slip and, Slide which was under Atlantic Records. She spent a year recording her debut studio album and it was released in 2000.The album debuted on number 33 on Billboard 200 chart and was certified gold a few months later.

Trina ended up releasing five studio albums and decided to go independent in 2013.She started releasing singles and Extended Plays until she released another album in 2019 which was promoted on the second season of Love and Hip-hop Miami.Promoting the album on the show included an all females tour which gave Sukihana a career after her drama with Nikki Natural.

Ms Taylor together with Tricky Daddy claim to be the Godparents of hiphop in Miami therefore the show Love and Hiphop in the city is surrounded around them and their associates.She is currently engaged to her longterm boyfriend Raymond.She has been busy working on her latest seventh studio album T7 which is going to be released in 2022

Moniece Slaughter Drags The Game In Her Cheating Messy