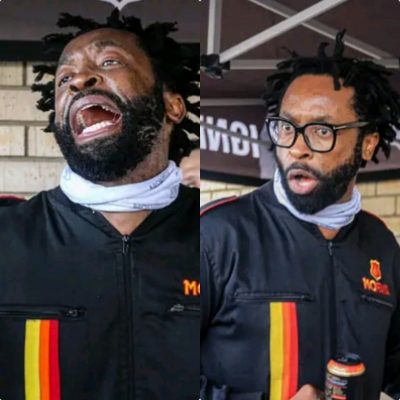 DJ Sbu Gets Embarrassed By BI Phakathi On New Video

An encounert leaves one man exposed. 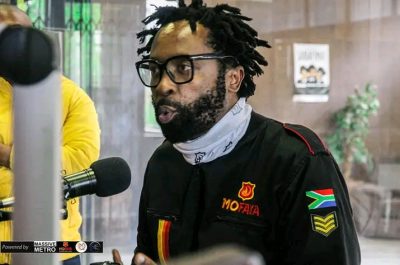 DJ Sbu is no stranger to the entertainment industry, he has been able to build and reinvent himself over the years. The entrepreneur has been hard at work pushing his Mofaya energy drink, his brand has been growing over the years thanks to his hustle and street mentality. Even with all the good deeds, one can fail at one thing and do good in the other.

As much as DJ Sbu is known all over there’s one man who is loved and followed by a number of people all over the world. BI Phakathi is a well known samaritan who is all about offering a helping hand to those who are unfortunate. In the month of June The Hustlers Corner SA host came across a trash can collector whom he had asked the public to help track. Jimmy has been in the streets of Johannesburg collecting cans, but there’s one thing that makes him stand out which is his attire. 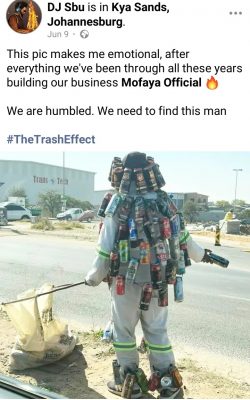 The man was seen wearing the Mofaya cans as his crown, this left the DJ emotional and motivated. Luckily for him he found Jim and gave the Zimbabwean man R50, this did not sit well with the DJ’s fans as many felt like the money was too little coming from a man like him. It’s been over a month since the incident, BI Phakathi tracked down the man and handed him close to R3000. From being given R50 by the CEO of Mofaya to being given thousands of Rands by a man who is not benefiting anything from him.

Jimmy was seen thanking Phakathi and stating that he would rather collect trash cans than rob people.