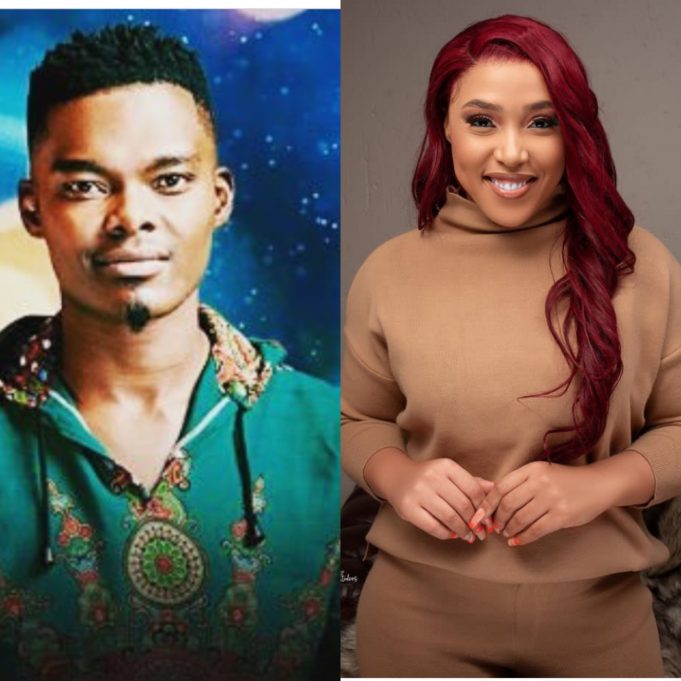 Actress and singer Simphiwe “Simz” Ngema has taken to her social media platforms to remember her late husband Dumi Masilela.
Read More: Dumi Masilela Killers Knew Who He Was
The actress seems to have moved on after breaking up with Tino Chinyani a couple of months ago. Simz frequently talks about how he misses his late husband, and she keeps his memory alive.

Today marks 5 years since the musician was killed following a botched hijacking two months after their wedding. The actress shared a tribute video to Dumi and it melted the hearts of many people.

Fans took to the comments section to send her love and light.sexylady549 “Sending u love n strength simz.”

mis.mohale “My favorite. It must at least repeat 3 times then skip to the next one.”

andie_mcasa “Sending you so much love and light MaNgema🥺❤️.”
zikhona_pretty “Oh marn Simz 😢😢😢.”
iamzintleyekelo “Sending you so much love and light mamie❤️
omolemomathebe “This is such a beautiful song/tribute. Sending you love and strength 🥺❤️🤗.”
nthabiseng_matiwana “You’ve come a long way. Stay shinning.”
On the fourth anniversary of Dumi’s death, Simz took to her Instagram account to remember him “MaNgema, Dlokovu. I’m in awe of the person you have become. Four years ago, this day broke you and someone new was born. It hasn’t been easy but you’ve conquered so many battles. I appreciate your smile because I know how many times you’ve cried. Today, I choose to celebrate you for living your truth. For being gentle and soft. For believing in love no matter how many times it broke your heart. Let the sun shine in your face. #03August2017,” she wrote.Dumi had his life cut short during a hijacking incident on 3 August 2017. In the wake of the hijacking, Dumi drove himself and his friend to a hospital where, after undergoing surgery, he lost his life the following day.
The five men who killed Bongani John Masombuka, 34, Sfundo Harrison Nkosi, 30, Mashudu Malema, 31, Mashudu Malema, 31, and Khumbudzo Solomon Mukhuba, 27, were convicted by Judge Papi Mosopa; revealing that they had hijacked another vehicle before attempting to hijack the actor.
They were sentenced to imprisonment for life in August 2021. During the sentencing proceedings, Sfundo Harrison Nkosi testified and pleaded with the judge for leniency.
“I am very sorry for what happened to Dumisani’s family and friends, I am asking for forgiveness. I feel sorry for what happened to Dumi and what happened to his family, if I was in their shoes, I would feel the same pain,” SowetanLive quoted him as saying.
“The court has found me guilty and I am asking that the court give me a lenient sentence,” he said.
Facebook Comments