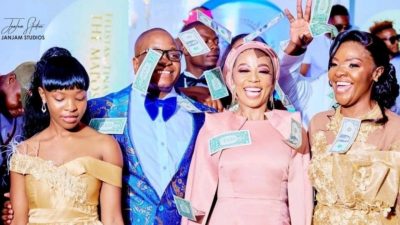 Zimbabwean socialite Mai TT who wowed the country with her glamorous wedding has appealed for donations via a Go Fund Me campaign to help cover her rent, food and medical costs. The event was graced by South African superstar musician Kelly Khumalo, who reportedly left Mai TT “bankrupt.”

In an interview, she claimed that she had splashed close to US$100 000 (approximately R1.67 million) on her fairytale wedding. 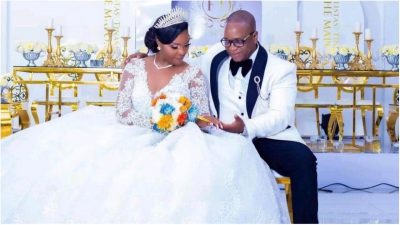 Unfortunately, less than 4 months after the elaborate wedding, Mai TT and Tinashe Maphosa’s marriage appears to have hit the rocks.

The socialite made a series of allegations against her husband and claimed that he did not contribute to the wedding costs. Tinashe allegedly refused to honour his word to reimburse Mai TT for some of the expenses incurred at the wedding.

One of the most significant expenses for the couple was hiring Kelly Khumalo to perform at the event. Speaking after the wedding, Mai TT said,

“One of the expensive things at our wedding was bringing Kelly Khumalo here. It was worth it at the end of the day as it was my daughter’s dream just to hug her. I’m also a huge fan of hers, I fell in love with her on Empini.

“Dear Kelly, you left us bankrupt, but it’s ok, sisi, it was worth it.”

Now that the marriage has hit the rocks, Mai TT has revealed that she is not financially sound. This prompted some of her followers to launch a Go Fund Me campaign to solicit donations on her behalf.

According to the Go Fund Me, the money is needed to pay Mai TT’s rent, food and monthly bills. Launching the Go Fund Me campaign, Christine Savanhu Mhlanga appealed, saying,

“Hello people, my name is Tadiwa, i come to you as a fan of Murandakadzi Mai Tt.

“I am sure we all know that she is going through a tough time two months not working. She needs to pay hospital bills and put food on the table for her family.

“At present, she is unable to do that. We all know Felistas as a very hardworking woman/mother who, until recently, was managing to stay afloat, but with recent issues, she has been left with no choice than to accept gifts from those who can help.

“Can anyone who feels for Mai T’s Diaries @ murandakadzi please donate to this cause. She is being treated at home; we can easily help her with the bills and help her buy food for the kids. Any amount of money will go a long way. Let us help her at this time of need.”

Mai TT also appeared to endorse the Go Fund Me campaign. She wrote on her social media page,

“So I heard about that go fund me going on, which was organized by Savanhu from Uk and she shared with Ketty Masomera.

“I m so touched that people will go that extra mile to try and cheer me up, and I do not want to crash anyone by saying oh, you shouldn’t have.

“I thank you in all your efforts, and trust me, today I woke up and said to myself, this is no time to sleep and be crying over spilt milk. I always counsel other women saying even if you cry blood, what’s gone is gone.

“There’s never a day that Criminal Tinashe is going to return my money, but all I got to do is work harder to retrieve everything I lost.

“But what I know is everyone who passed through me and went in that way amounted to nothing at the end of the day.

“I will pick up, dust myself and go to my usual hustle.

Thank you everyone who has gone above and beyond trying to make sure at least, I retrieve a few bucks from all I lost. Don’t do it for me only, and