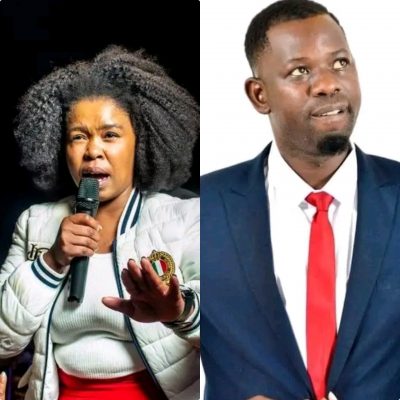 Dark Prophecy for Zahara from the same Prophet who prophesied the death of Shona Ferguson, Ricky Rick & Jammie Bartlet

The infamous Prophet has yet dropped another bombshell regarding singer Zahara. Mellontik Orasi Sos has gained media attention for predicting the death of actor and producer Shona Ferguson, he went on to predict more prominent names in South African entertainment which includes rapper Riky Rick and actor Jamie Bartlet. So far Mellontik has been spot on when it comes to his predictions which may leave some in a state of panic.

In a Facebook post he touched on Zimbabwen politics stating that there were outside forces paying close attention to the country. He predicted another death of a South African politician stating that they will be murded. In his last prophecy he closed it with singer Zahara, according to Mellontik there’s a dark cloud hovering over the star.

External forces (armies) are paying attention to Zimbabwe watershed elections,very near to the country any acts of violence shall cause international intervention.Ask your papas in ZANU why they can’t see soldiers ,Zimbabwe will be the first project of Biden administration.

A great South African politician shall be gunned down again shortly.

Pray for a South African musician Zahara ,iam seeing a heavy dark cloud over her”

Followers of the prophet were quick to pray for singer Zahara’s well-being.