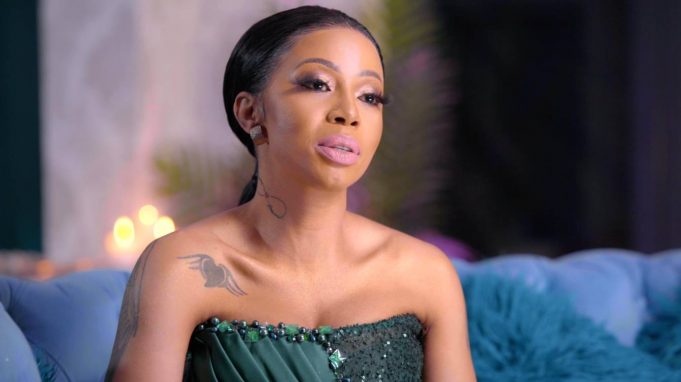 Kelly Khumalo has bashed producers of the Netflix documentary that spoke about the life and death of the late soccer star Senzo Meyiwa who was shot and killed years ago.

The award-winning singer and songwriter said the producers of the Netflix show approached her for an interview but told her it was for a UK show.

According to TimesLIVE, the Empini hitmaker had to ask her attorney Magdalene Moonsamy to intervene in the matter. Kelly Khumalo said the public must not take the documentary seriously because of that. She said:

“You can’t take that documentary seriously. Remember they knocked on our door and we declined and we had to have Magdalene involved. You remember they interviewed me under false pretences?”

Khumalo also touched on the infamous advocate Teffo who always trends for mentioning her name. The stunner said the lawyer mentions her name to seek relevance. She said the best she will do is ignore him. The singer said:

“That advocate is desperate for attention, and he knows he trends every time he mentions my name. It’s really tough. It’s exhausting. It’s emotionally draining.”

Nandi Madida ecstatic to host the SAMA Awards: “I can’t wait to

have a good time with you all”

Say You Will singer Nandi Madida has been confirmed as the #SAMA28 main host. The stunner, who couldn’t contain her excitement, shared the great news with her social media followers.

Nandi said she never imagined that she would be hosting one of the biggest awards ceremonies in the country. She wrote:

“We’re OUTSIDEEEEEEE! Happy to announce that I will be one of your hosts on the main stage for the BIGGEST Music Award ceremony in South Africa the @thesamas_ .”