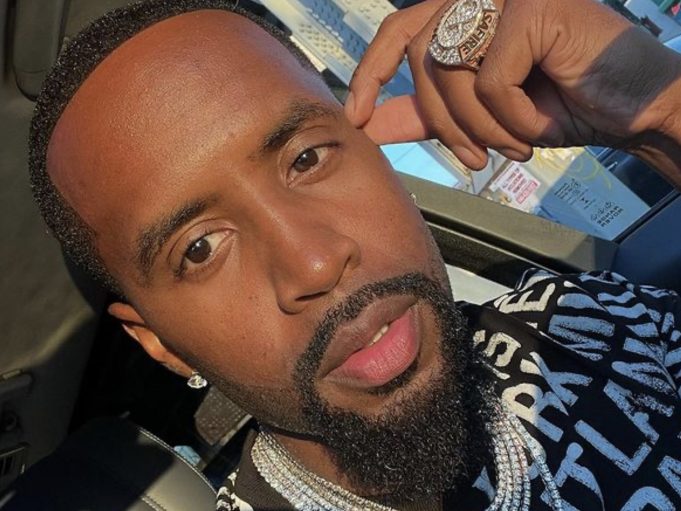 So just like what happened in 2018 August our boy Safaree Samuels let the world see his dingaling anaconda and what a coincident that it happened again in August of 2022.However he has refused another 7 figure deal for it to be moulded for the ladies again.

In 2018 , he signed a deal with Doc Johnson only to back out after the dotted line. He got advice from people like the holier than thou Papoose and also his mom.However his manager Yandy and fans were really disappointed that Safaree let down a once a lifetime opportunity for a non existing rap career.

This time its understandable since he is now a dad but he should have thought of it before pressing the camera on and let it slip. However everyone has seen it and it is alleged that he did it himself and that Mona might have a hand with it to promote the new season of Love and Hiphop Atlanta.

below are fans reactions

“Safaree….it was foolish of you to turn down a million dollars when we all SEEN the real thing anyway!!!!! You fool ‍,” a fan exclaimed.

“Safaree. You played yaself kid  who turns down a million dollars for a non-existent music career,” another added.

A third added, “Safaree is a fool for turning down that deal‍. Majority of his supporters are women. They are the ones who would be spending the cash on the toy. He really let guys who cater to a male audience stop his bag smh.”.