King Monada is getting some heat on social media by a Zimbabwean Bedroom Auntie Socialite after he promised to help fake broke Rihanna.King Monada was given all the contact details when he posted looking for her but he never reached out. 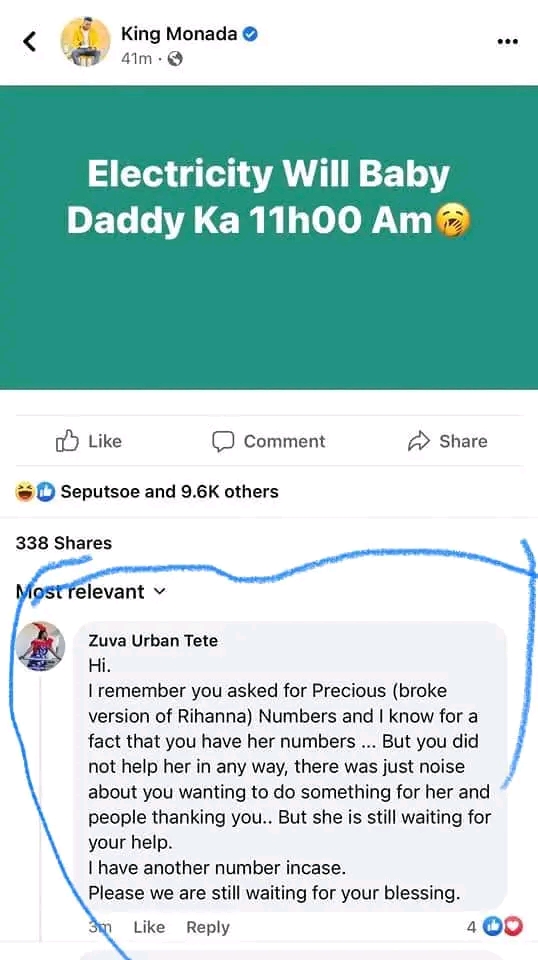 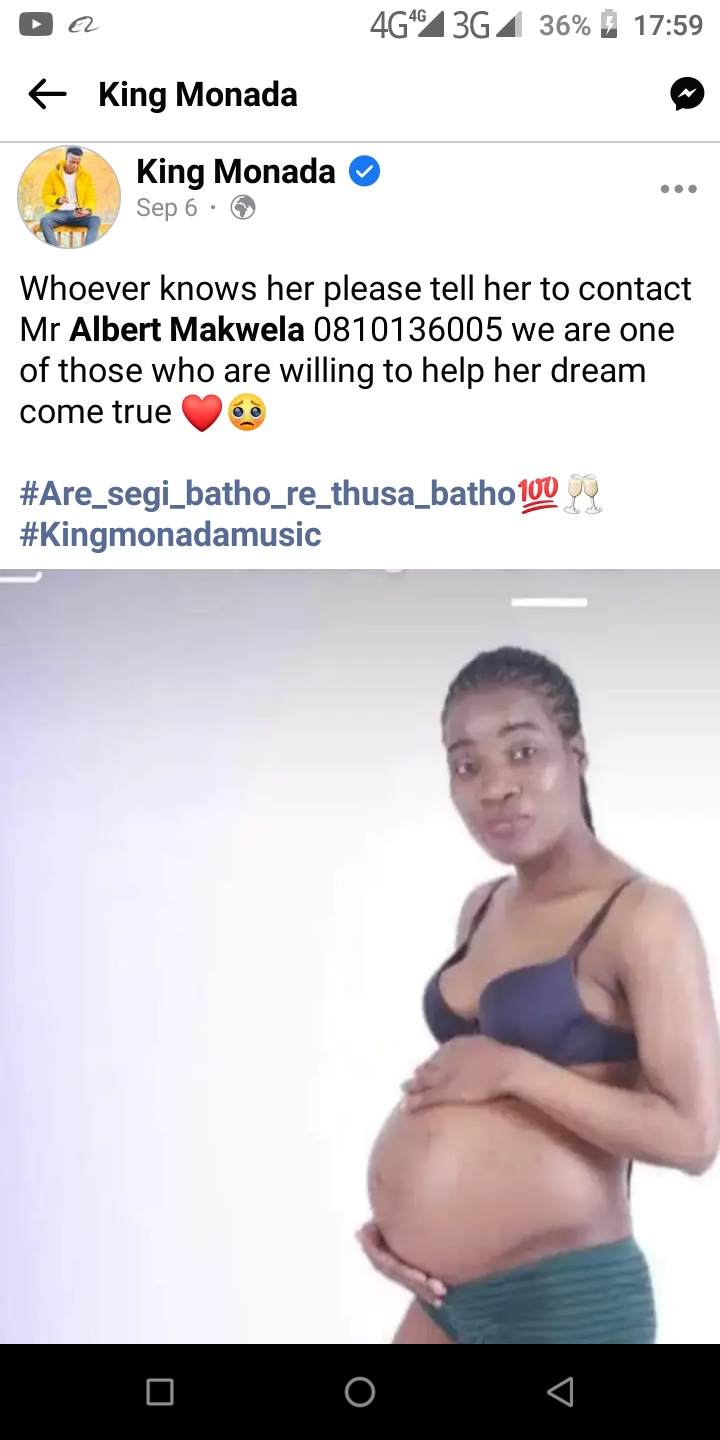 Zimbabwean socialite Zuva Habane has donated treats to a lady who went viral on the internet for her ‘budget’ pregnancy photoshoot.

The lady in question, identified as Precious, recently went to a maternity photoshoot. She wore green striped underwear, a black bra and fur mules.

Precious knew she didn’t have much for a fancy shoot, but she wasn’t discouraged and went anyway to have her picture taken and create memories that she would remember when her unborn baby grew older.

Somehow her pictures made it onto social media, and the internet laughed and mocked her for the shoot. Some even referred to her as “Broke Rihanna.”

Despite the mockery on social media, some people have felt so much sympathy for her.

One of them is Zimbabwean socialite Zuva Habane, known on Facebook as Zuva Urban Tete.

She managed to track down the lady and dressed her up before spoiling her with beautiful maternity dresses and baskets.

What did I tell you? Negativity can turn into positivity. With me here are Mrs. Bello and Rihanna! You’re the ones who called her the broken version of Rihanna. How do you like her now?

The pregnant lady, Precious, wore an exquisite orange dress with a sweeping train and peaked raised shoulders. She also wore makeup, had a lovely manicure and pedicure, and wore cute earrings, making her gorgeous and unrecognizable.

A businesswoman who owns a children’s clothing store contacted Zuva and asked for help finding Precious.

They found her, dressed her, and gave her a baby basket that contained a bath bowl, baby clothes, bags, and more goodies.

She was also given another basket to take care of herself during and after the pregnancy.

Check out the encounter below.

Zuva isn’t the only person touched by Precious’ story. Yesterday, musician King Monada reached out to his fans to help him get to her so he can help her.

Another lady was looking for her and took Precious for a beautiful photo shoot.