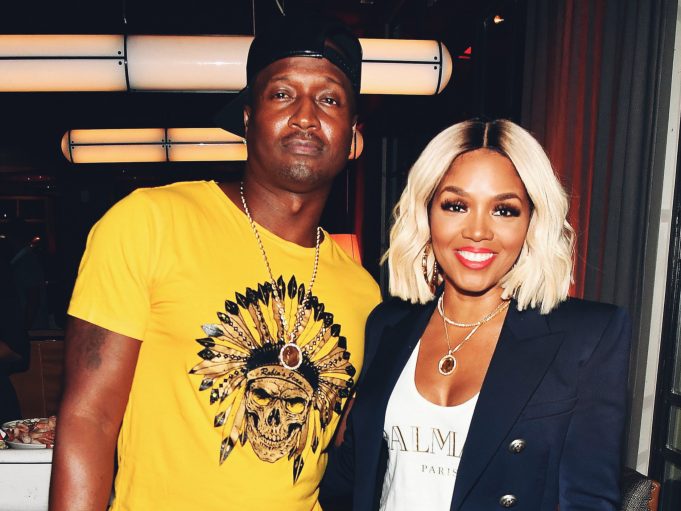 We already know the drama that Rasheeda finally brought to the new season of Love and Hip-hop Since Kirk and his 3 earings had a baby on her with pole profesional Jasmine Bleu. Rasheeda to have that storyline she brought Dad issues into the mix.

Mr Buckner who is her biological dad does not play and is already a fan favourite. Rasheeda is showing us how her dad was not present but the old man is not here for the bullskit that surround her disrespectful marriage with her foster parent Kirk who adopted her at 15 before making her a stepmom to his kids at 17.

Rasheeda’s dad claims Kirk was Ms Sharleen’s friend together with Rasheeda’s stepfather Mr Watkins. Mr Watkins is said to have divorced Ms Shirleen over supporting her minor daughter to get married to Kirk.He also notes that Rasheeda started to ignore him after checking her for allowing Kirk cheat on him in that hot tub with Bambi and Benzino .

During the 2020 lockdown,  many were shocked to be taken aback seeing Rasheeda Frost trending on Tiktok for her 2012 hit single Marry Me which she promoted on her very first scene on Love and Hiphop with her husband in their Jeep.That scene made her even more famous that her new restaurant was fully booked for a number of nights and her stores sold out a couple of items.

Boss Chick as she is often called by her fans Rasheeda Widad Buckner was born in 1976 and got married to her husband in late 1990s. After making her mark in the ATL whilst in a girl group , her husband Kirk Frost helped her launch a solo rap career in 2000 after she had her first son.She even formed another girl group with Kandi Buruss called Peach Candy in 2009.

She is one strong woman who never let life problems distract her from being focused on getting the bag.She must have learnt that from her good friend Kandi who is also a serial business entrepreneur.She has started many businesses since she appeared on the show Love and Hip-hop Atlanta. She launched a makeup line,  hair company,  restaurant and boutiques in Houston and in Georgia.

We have also seen Mrs Rasheeda Frost retiring from her successful career in music to focus on her family and her husband’s shenanigans with his side pieces.She has also taken the role of being a good stepmom to Kirk’s older children as well as Kanon who was born in 2017 during her marriage from a good night of infidelity.

She has been a source of inspiration to many women in the world because of her big heart and for fighting for her marriage of over 20years.Many can never relate but she says those in her shoes can understand why she continue to forgive her husband nomatter what he does since she only focuses on the good side of it all.

Erica Mena Finally Apologises To One Of Safaree’s Sidechicks For Not Believing Her!