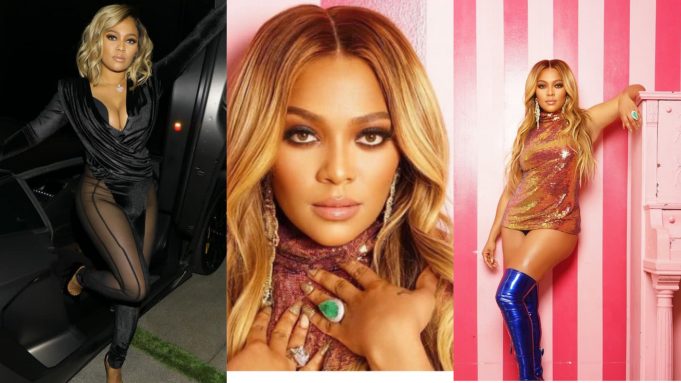 On the 31st of October we will be seeing Tierra Mari back on our small screens and we really can not wait to see her growth and being a great auntie to Hazel E’s daughter. The new season of Love and Hiphop : Where Are They Now will also show us her cousin Roccstar and friend Ms Nikki Baby

We love to see queens winning and after Anais’ reform , we are also happy that our girl Titi is looking all fresh and beautiful after rehab.

Sometimes a little tough love goes a long way. Teairra Marí was having a hard time during Season 4 of Love & Hip Hop: Hollywood — her relationship with Love & Hip Hop: New York star Cisco Rosado went south and she was drinking heavily in order to deal with her issues. But her friends have her back and they confronted her in an intervention so that Teairra could get her alcohol abuse under control in order to be her best self when she relaunches her career.

Teairra became a household name when she was only 16 years old when JAY-Z signed her in 2005, she released her first record on the label, Roc-A-Fella Records Presents Teairra Marí.She was dropped whilst  recording her second album, and she had been struggling to revive her career ever since

Her struggles have been documented throughout all  seasons of Love and Hiphop, from getting over Ray J and feuding with Princess Love to dealing with alcohol, her legal issues and her mother’s declining health.

In one of the episodes her friends Miss Nikki Baby, Moniece , A.D.  and even a producer sat down with Teairra  to make her see that they want to see her thrive.

After a while, Teairra broke  accepted that she did have a problem and agreed to go to rehab . Now that she completed her program, Teairra wiped her Instagram for a clean start and she posted a photo of herself, looking fierce as she promoted her upcoming new single —
and she looked better than ever.