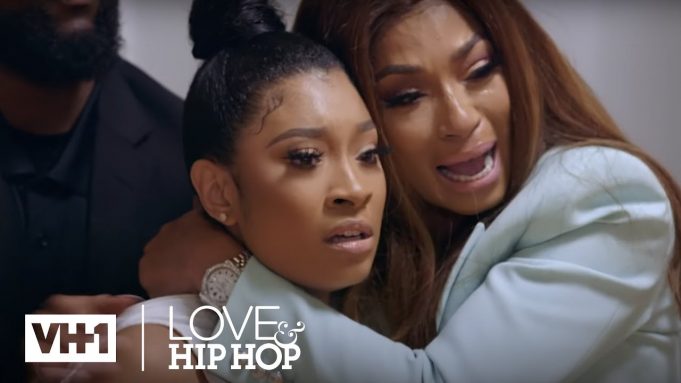 We all love Karlie and the confusion of her real age plus drama with her fiances,  boyfriends , boos and so much messy she brings on tv. However we met her daughter Jasmine who is a 26-year-old who was first seen on a deleted season four scene of Love & Hip Hop: Atlanta.

In the last season we saw her sneaking her boo to Dubai to attend Yandy and Mendecees wedding Anniversary and Mona being Mona thought she could convince Jasmine to air some of her private life for a cheque.

Jasmine was first officially seen on the show in the eighth season , before her return to a family barbecue, as part of the series reunion.

The star is the only daughter of Karlie Redd and Rodney Lewis.

We know that Jasmine is 27 years old, which would mean she was born in either 1994 or 1995. Karlie gave birth to Jasmine around that time when she was 20 or 21 years old.

Jasmine has more recently been featured regularly on the reality show.We know that Jasmine was attending college in 2019, so it is likely that she could still be a student.

When she first appeared on Love & Hip Hop: Atlanta, she was visiting her mother while home from college.It looks like she is now a model like her mother, as they pose for a clothing brand MERCI, which is owned by Karlie.

Jasmine may not always be on Love & Hip Hop: Atlanta, but there is one episode where she was seen getting into a brawl.Hoping to defend her mother, she got into a fight with Pooh and her daughter Najee.

Although Jasmine has a few appearances on Love & Hip Hop: Atlanta, many fans have noticed that she is now featuring more often.However, reports state that Karlie “wants to keep her out of the public eye”!Some viewers also believe that Karlie took her daughter’s spot on the series.