Every marriage and relationship has its own ups and downs but for Hazel E and her Ben 10 there was never a down , we were all surprised when everything went south to the drains that connect to the Atlantic Ocean.But at least Devon posted a picture of the two kissing in water so l guess they are reconciliating?

A few days ago Mrs Arica Hazel Waller   was throwing babydaddy’s clothes and shoes out and cursing him out but then we can never know the drama they are playing now considering they were said to be shooting a spin off courtesy of Hazel’s besty Mona Scott. 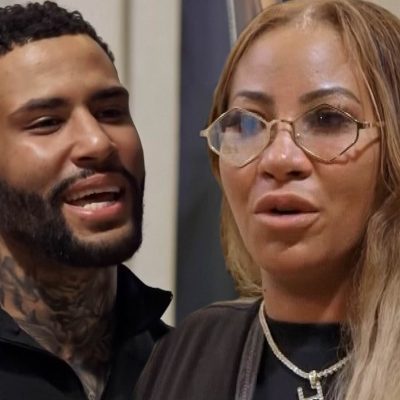 Just a year ago , Hazel E and her husband Devon Waller were saying they were everything Masika prayed for but hunnay that table done flipped and turnt into our eyes for real.Hazel and Devon are over and being clout chasers as usual accusing one another of child @buse and domestic @buse whilst Sika is living her best life with her husband and 2 children.

So what had happened was,  Hazel cheated on Devon and Devon cheated back.Hazel lost it and wanted to beat the hell outta Devon but he ran away. Arica Adams aka Hazel E then slummed the door and hit her daughter by mistake with the door.The baby fell and she had a bruise on her face.Now Hazel is spinning the story saying Devon hurt her.

The neighbour who broke the argument was in the comments letting the world know what took place and how Devon is nothing but a good dad and a good husband to Arica Hazel.Devon said Hazel is a mental case who is obsessed with plastic surgery and is so selfish and self centered.The husband also said in their 5years,  Hazel never cooked for her or his daughter because she is a Hollywood Star she cant cook.

Devon also let it known that when she met Hazel no one wanted to employ her after she made racist remarks on black girls the LGBTiq community after  the 2017 Love and Hiphop Hollywood reunión fight with Moniece.He said their relationship gave made her relevant but problem is Hazel sees herself as a goddess when she gets people who adore her she goes overboard with demands.

The two only fought on Friday night but its something they could have resolved before it hit the blogs but now it feels like Hazel is back to the streets and the marriage only lasted for 4 years.Devon is tired and ready to file for divorce. He said he still believes in love and is never stopping his mission to get a wife.