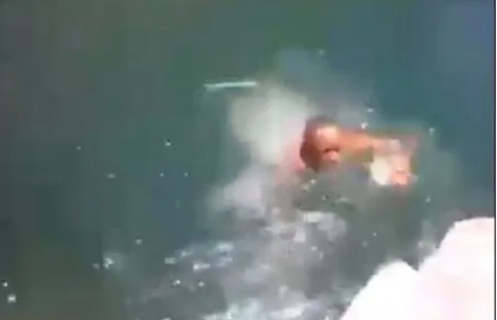 Child watches and films father drowning as he failed to swim.

An emotional video has been shared as father drowns in the river when he failed to swim taken by his child. The kid kept calling his father hoping he would come out of the water.

The video was shared with caption:

“Let’s not get into foreign waters especially when you can’t even swim… We don’t even know what in there. The poor little boy now had to witness his father die.”

Another video was shared on social media, were the rescue team of divers retrieving the body from the deep waters.